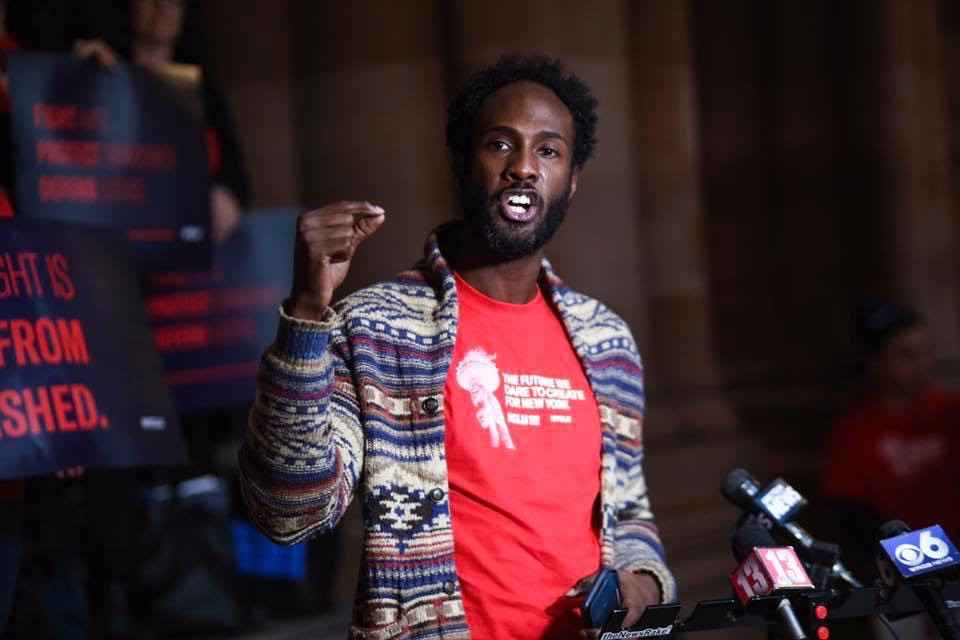 Yusuf Abdul-Qadir is the Inaugural Senior Strategist for Racial Justice at the New York Civil Liberties Union. As the Senior Strategist for Racial Justice, he advances and integrates an intersectional racial justice lens and across departments within the NYCLU, and manages a docket that includes environmental/climate justice, indigenous rights, and reparations among other racial justice issue areas at the NYCLU. He is a co-chair of the Racial Justice Working Group.

Abdul-Qadir joined the NYCLU in 2015 and served as the Director of the Central New York Chapter from 2015 to November 2020. In this capacity, he led the organization’s work in Central New York and supported the NYCLU’s advocacy and litigation to end juvenile solitary in Onondaga County’s Justice Center; building and leading a coalition that changed Syracuse’s use of force policy, held officers who engaged in misconduct accountable, defended the Syracuse Citizens’ Review Board, secured privacy protections from surveillance technologies, advanced the passage of the Syracuse Right to Know Act, and other police reform areas; worked to pass and defend bail reform; and created the Syracuse I-81 project to address environmental racism, economic exclusion and segregation in Syracuse and Onondaga County, in the replacement of I-81 in Syracuse’s southside.

Abdul-Qadir is a social commentator who has spoken on an array of racial justice issues. In 2020, he supported the advancement of a national vision in defense of defunding the police. Abdul-Qadir is also an activist scholar and Afrofuturist whose research sits at the intersection of climate/environmental justice, racial equity and emerging technology. In 2018, he was appointed as an Adjunct Faculty at the School of Information Studies at Syracuse University where he teaches information policy to graduate students. He has an extensive background in international sustainable development, including work at the United Nations, in Puerto Rico addressing environmental justice issues, and across the Middle East and Africa in the areas of social entrepreneurship, humanitarian action and education access.

Abdul-Qadir holds a dual Executive Masters of Public Administration and Executive Masters in International Relations, and a B.A. in Political Science and Middle Eastern Studies from the Maxwell School of Citizenship and Public Affairs at Syracuse University. He also holds a Certificate of Advanced Studies in National Security and Counterterrorism Studies from Syracuse University College of Law and a Certificate of Advanced Studies in Sustainable Enterprise from the Whitman School of Management at Syracuse University.

NYCLU Briefing on Statewide Impact of Trump Order Against Muslims...

Syracuse Police Policies are Putting Lives at Risk – Even Kids