NYPD Discipline by the Numbers

In the summer of 2020, we obtained a comprehensive database of complaints made by the public to the New York City Civilian Complaint Review Board (CCRB), the independent agency charged with investigating complaints about NYPD misconduct. Then in May of 2021, the NYCLU added updated and more detailed information to the database, which includes 180,700 unique police misconduct complaints since 2000, involving 59,244 separate incidents and 35,435 active or former NYPD officers.1

The analysis of the database in this report focuses on the time period beginning in 2000 – when the CCRB started recording several key pieces of information, including the race of the injured party identified in the complaints.2

Of the 180,700 complaints investigated by the CCRB since 2000, only 4,283 of  180,700 total cases received some type of discipline from the NYPD, of which 1,530 – or one percent of all cases – received discipline considered serious, which includes forfeiting vacation days, suspension, probation, or termination.

Black and Brown people – especially children – are far more likely to be identified as the injured party in CCRB complaints than white people.

The precincts with the most complaints include neighborhoods like East New York, Highbridge, Brownsville, Mount Hope, Mott Haven, East Flatbush, and Bedford-Stuyvesant – all predominantly Black and Brown communities. 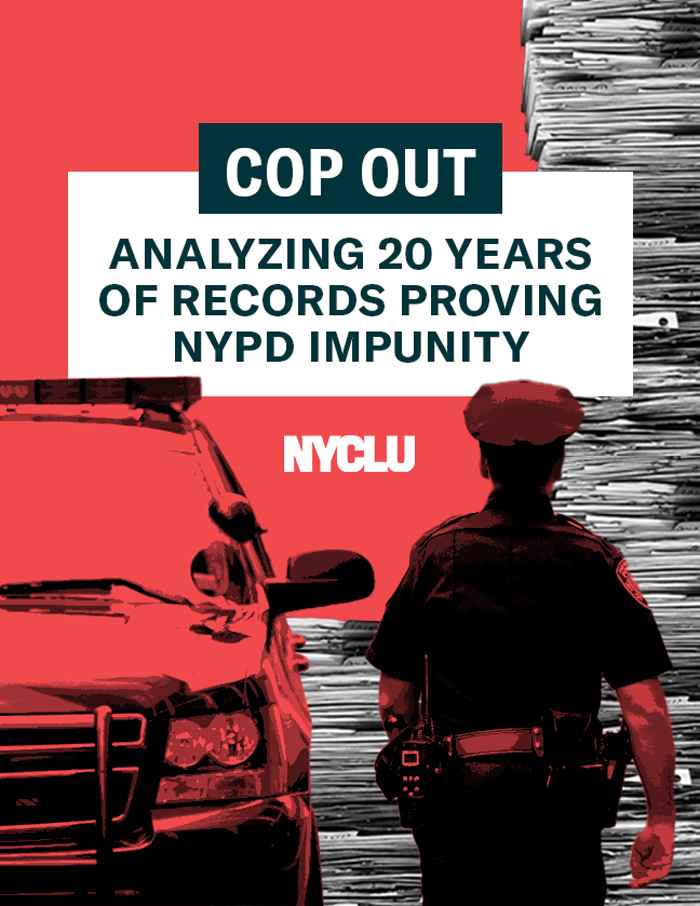 1. The use of “complaint” in this report refers to each discrete act of misconduct investigated by the CCRB, or what the CCRB calls "allegations."

2. A portion of complaints with missing age and race of identified injured parties were excluded when calculating statistics.

Back to Police Transparency database