Transgender and gender non-conforming New Yorkers face pervasive and brutal discrimination solely because of who they are and how they express their gender. The Gender Expression Non-Discrimination Act (GENDA) provides important legal protections for transgender and gender non-conforming New Yorkers by amending state law to explicitly add gender identity and gender expression to the list of protected categories under the state’s civil rights laws.[1] The New York Civil Liberties Union strongly supports this measure.

New York’s civil rights laws are intended to promote the fundamental values that underlie our political system and, above all else, serve to protect members of groups marginalized in our society. That protection should be available to individuals whether the defining factors of the group are race, ethnicity, national origin, disability, religious or political beliefs, sexual orientation, or gender identity and expression. However, transgender and gender non-conforming individuals are currently denied the clear and universally-understood legal protections that are afforded other marginalized groups because gender identity and expression are not explicitly named as protected characteristics under New York State’s civil rights laws.

When the Sexual Orientation Non-Discrimination Act (SONDA) was finally passed in 2002, it failed to introduce explicit protections against discrimination based on gender identity and expression into the state Human Rights Law. To be clear, courts and regulatory action have done much to clarify that New Yorkers are in fact protected from discrimination on the basis of gender identity or expression under existing “sex discrimination” and “disability discrimination” protections. New York State Division of Human Rights regulations in 2015, relying on a growing body of state and federal case law, formally codified these interpretations of “sex discrimination” and “disability discrimination.”[2]  But you should not have to be a lawyer to understand your rights, and these protections are too important to remain, as they currently are, vulnerable to shifts in interpretation by the courts or shifts in administrative agency guidance. Only GENDA can clarify the issue once and for all.

The absence of GENDA has left transgender and gender non-conforming New Yorkers vulnerable to harm—they often do not realize that they have legal recourse when victimized by discrimination, and those who are responsible for following the law, including employers, housing providers, and businesses, do not realize that anti-trans discrimination is prohibited. The persistence of such discrimination is well documented, likely owing much to continued confusion about the protections afforded by New York State law.

This perceived lack of protection under New York State law results in unchecked discrimination against transgender and gender non-conforming individuals and creates barriers to the most basic of services, including housing, employment and medical care.[3] These barriers create a traumatic daily existence that is reflected in elevated levels of homelessness and suicide among transgender individuals.[4] Sadly, transgender youth are particularly at risk. Surveys show that transgender and gender non-conforming teens attempt suicide at alarming rates.[5]

The expansion of state non-discrimination laws to explicitly include gender identity and expression is neither radical nor novel. In fact, states and locales across the country and in New York already provide these protections. Eighteen states and Washington D.C. have acted to protect their transgender and gender non-conforming residents.[6] Closer to home, eleven New York cities and counties have done the same.[7] And yet, the legislature has still failed to pass explicit statewide protections. As a result, approximately four out of ten New Yorkers live in areas where discrimination on the basis of gender identity and expression is not explicitly prohibited by law.[8] While localities should be applauded for adopting civil rights laws, it is the responsibility of the state legislature to ensure the safety and fair treatment of all New Yorkers.

Equal opportunity to fulfill one’s potential is a bedrock principle articulated in the U.S. Constitution; this principle is embraced as a core value of the American way of life. And yet transgender and gender non-conforming individuals have not been guaranteed this opportunity; their continued struggle in the absence of clear, easily understandable legal protections is a betrayal of the promise of equality upon which this country was built, and its civil rights laws were written.

The proposed legislation also provides for enhancements to a criminal sentence that may be imposed when a bias crime is motivated by animus based upon an individual’s gender identity or gender expression.[9]

While the NYCLU unequivocally supports those provisions of the bill that clarify civil rights protections based upon gender identity and expression, the organization’s support for the penalty enhancement provisions is not without qualification. In commenting on proposed bias crime legislation pending in the year 2000, the NYCLU observed that a policy of enhanced criminal sanctions is flawed absent affirmative measures that address the underlying causes that drive people to engage in bias-based violence.[10]

Imprisonment is a limited and often counterproductive means of addressing social disorder and crime.[11] For this reason the NYCLU proposed a comprehensive prevention model that would include educational programs – starting with anti-bullying measures in schools – that debunk stereotypes and promote respect and tolerance for difference; community-based anti-violence programs; and the creation of a New York State anti-bias resource center staffed by professionals who could provide assistance with conflict resolution and mediation, as well as legal matters.

There is an additional concern to which law makers should give consideration: The United States is the world’s most aggressive warden, with more of its citizens behind bars than any other country.[12] This population is disproportionately Black and Latino.[13] We have witnessed a “generation-long growth of imprisonment” that is due in large part to longer prison sentences for felony convictions, and New York has participated aggressively in this race to incarcerate.[14]

It is incumbent upon law makers to analyze the manner in which the state has enforced its bias-crime statute since adoption in 2000, and to ensure that the law is not being used to prosecute disproportionately, or without legal justification, those individuals the state intended to protect by adopting penalty enhancements for bias crimes.

[1] Gender Expression Non-Discrimination Act, S.1047/A.747, 239th Leg., Reg. Sess. (N.Y. 2019) (amending the executive law, the civil rights law and the education law, in relation to prohibiting discrimination based on gender identity or expression; amending the penal law and the criminal procedure law, in relation to including offenses regarding gender identity or expression within the list of offenses subject to treatment as hate crimes; defining the term “gender identity or expression” as “a person’s actual or perceived gender-related identity, appearance, behavior, expression, or other gender-related characteristic regardless of the sex assigned to that person at birth, including, but not limited to, the status of being transgender.”).

[10] The NYCLU’s legislative memorandum on the “hate crime” legislation introduced, and enacted, in 2000 can be found at: http://www.nyclu.org/content/legislative-memo-strengthening-civil-rights....

[12] International Centre for Prison Studies (“ICPS”), World Prison Population List, 10th ed. (Oct. 2013), available at http://www.apcca.org/uploads/10th_Edition_2013.pdf. This statistic is true over more than a decade of data, as well as in terms of number of incarcerated persons both with and without regard to proportion of national population. For data comparison, see ICPS, World Prison Brief, available at http://www.prisonstudies.org/highest-to-lowest.

[14] James Austin, et al., Unlocking America: Why and How to Reduce America’s Prison Population (Nov. 2007) at 1, available at http://www.jfa-associates.com/publications/srs/UnlockingAmerica.pdf. 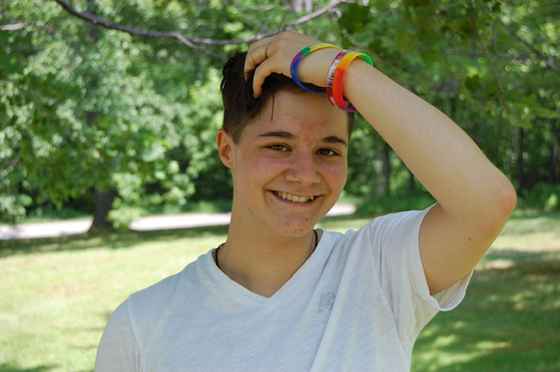