50 Years After a Landmark Lawsuit, How Does NY Treat People With Developmental Disabilities?

We should never go back to the days of Willowbrook.
By Beth Haroules, Senior Staff Attorney, Legal Department

At the Willowbrook State School in Staten Island, children and adults with intellectual and developmental disabilities were beaten, experimented on, and left to suffer in deplorable, overcrowded, understaffed, and squalid conditions.

Fifty years ago, the New York Civil Liberties Union and the Legal Aid Society led a historic civil rights lawsuit challenging the inhumane conditions at Willowbrook. The landmark legal settlement established a standard of care for people with developmental and intellectual disabilities (IDD) and was in the vanguard of the civil rights movement for people with disabilities.

The Willowbrook case helped lead to more people with IDD being able to live in their communities, to more services for people with IDD, and to the legal right of children with disabilities to a public education.

The historic lawsuit made a positive impact in the lives of thousands of former Willowbrook residents, as well as all New Yorkers with IDD. But decades later, there are a number of systemic issues that continue to put people with IDD in danger.

The settlement established an extensive monitoring and oversight structure to ensure that New York complies with the court orders in the Willowbrook case. But the fact that acts of abuse and neglect continue to happen, and the trend towards housing people with IDD in larger and larger group settings show that New York’s system for caring for people with developmental disabilities must be strengthened.

We should never go back to the days of Willowbrook when people with IDD were stigmatized and shunned by society, warehoused in large understaffed institutional facilities, abused, neglected, and forgotten by those in power. 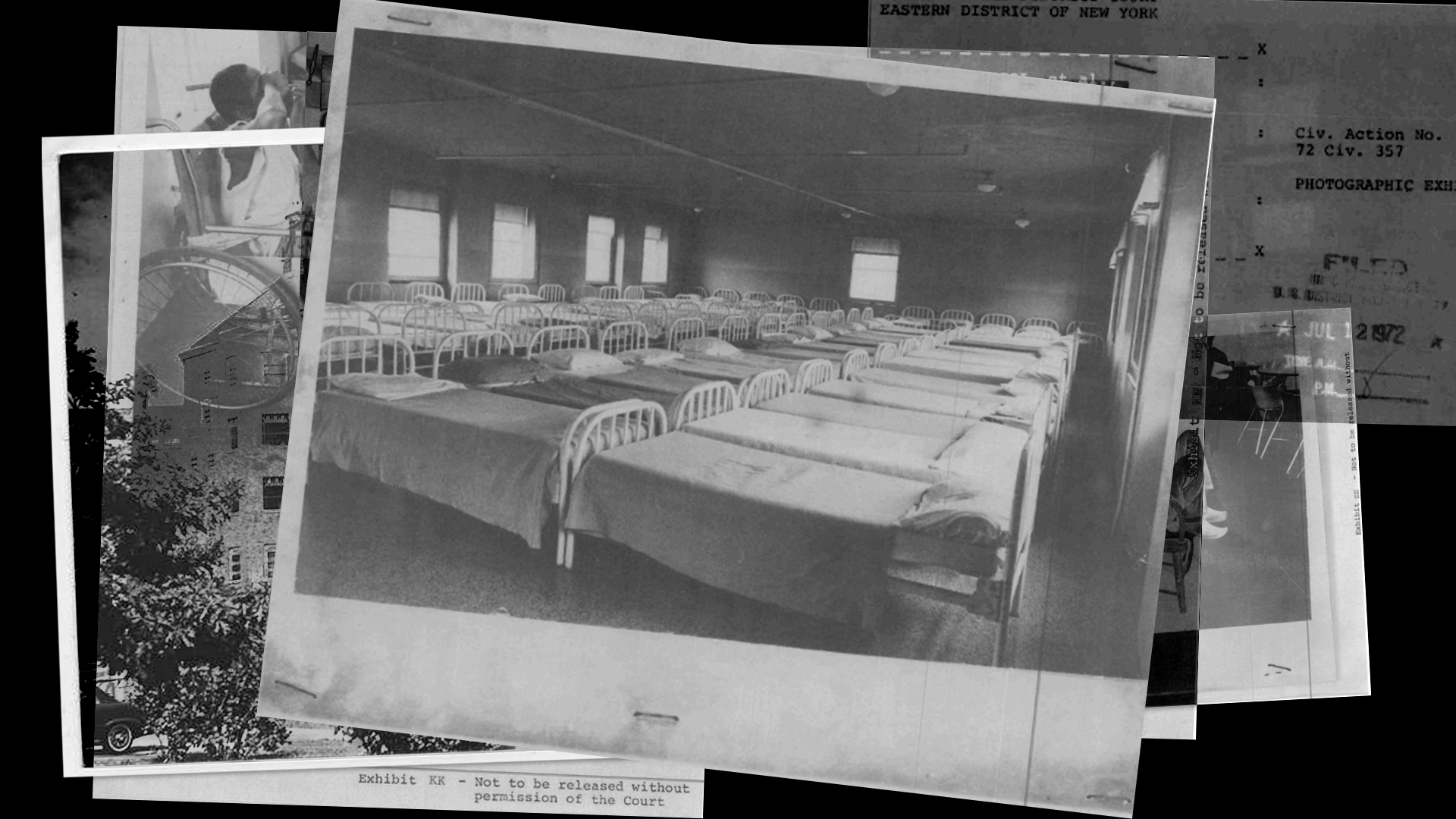 Staten Island Advance reporter Jane Curtin and photograph Eric Aerts were the first to publicly expose what was going on in Willowbrook. Then in 1972 the atrocious conditions at the facility were brought to a wider audience in 1972 when then investigative TV reporter Geraldo Rivera went in with cameras and published footage from the facility. The footage included images of children wallowing in their own feces and urine.

In March of that same year, the NYCLU and the Legal Aid Society filed class-action lawsuits that led to a settlement in 1975. That consent judgment settlement was followed by a Permanent Injunction, ordered by the court in March, 1993. The lawsuit was a driving force behind the deinstitutionalization of people with developmental disabilities. Willowbrook eventually closed its doors in 1987.

The Willowbrook settlement guarantees all class members, for the duration of their lives, protection from harm; a safe, clean and appropriate physical environment; high-quality community residential and treatment services in the least restrictive setting; and high-quality case management and advocacy services. Willowbrook class members are also entitled to certain protections, including the right to voice grievances, to have those grievances reviewed, investigated and addressed, and to receive appropriate care and services.

The Willowbrook settlement was a positive development for a community of New Yorkers that has seen too few of them over the last 50 years.

In some instances, however, state authorities and the organizations they contract with do not live up to the requirements of the permanent injunction. This lack of compliance can have damaging impacts on the vulnerable people who are class members in the case.

Peter S. is just one example. From 1990 until 2021, Peter lived at a residential group home operated by the Center for Disability Services, a not-for profit entity, in Watervliet, New York. When the State’s monitoring oversight was reduced during the pandemic, CFDS repeatedly demonstrated that its staff was unable to effectively care for Peter or provide him the support and attention he needed.

Rather than adequately care for and supervise Peter, CFDS hospitalized Peter ten times between February and September of last year, finally abandoning him at the hospital and refusing to allow him to return to his group home. Despite this demonstrated violation of Peter’s rights as a Willowbrook class member, state officials refused to find a different residential provider for him. The NYCLU had to take the matter up with the federal judge who still has jurisdiction over the Willowbrook litigation so that Peter could finally be placed in a better facility.

There are sadly many of these examples in which the State defendants, and their contracted agency providers, disregard the Willowbrook permanent injunction. There are also plenty of reasons to be concerned about the broader system charged with caring for people with IDD. 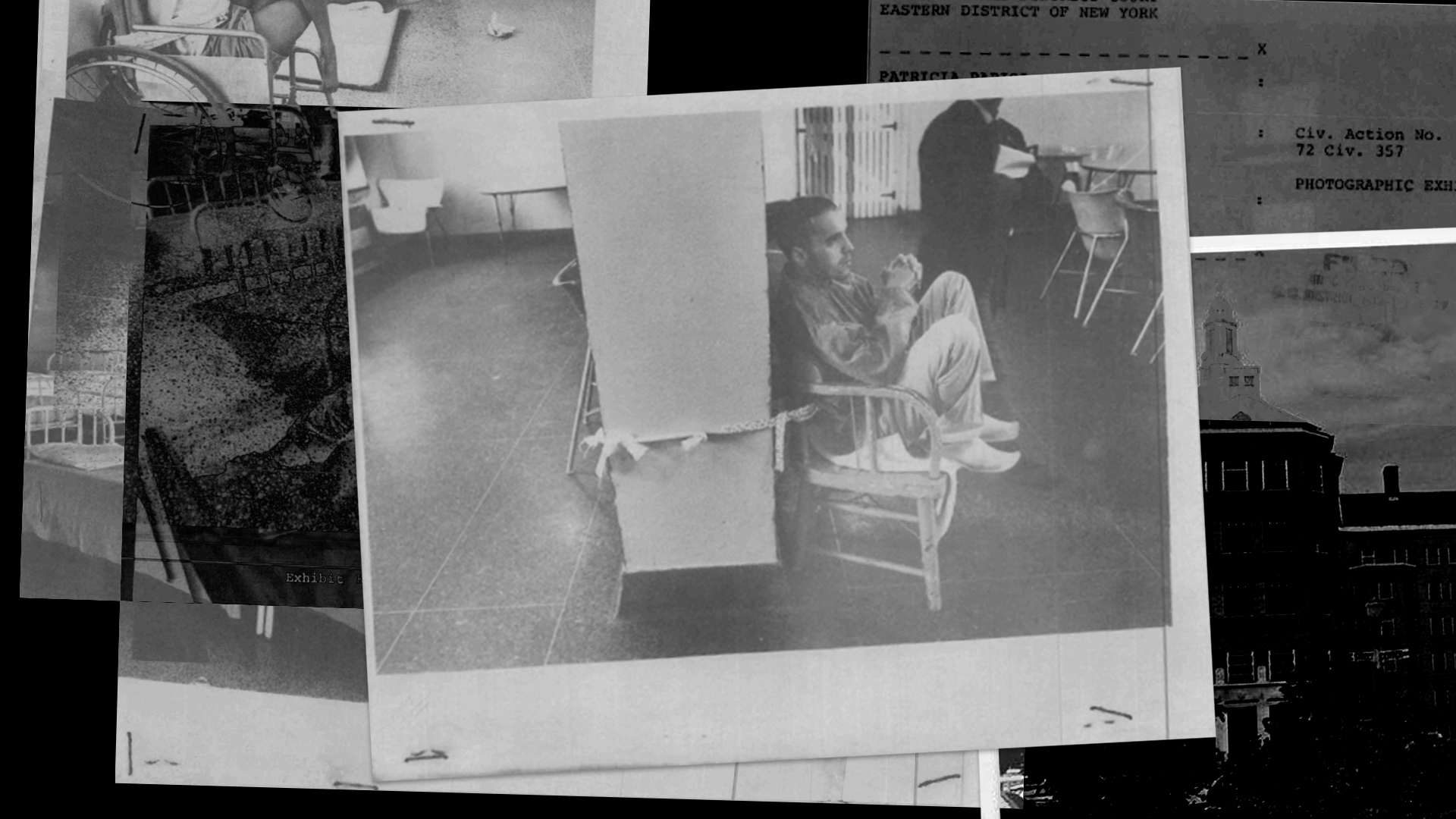 Obviously, large numbers of Willowbrook survivors are in a better situation today than when they were in the harrowing conditions at Willowbrook. But there are multiple systemic reasons why incidents of abuse and neglect continue to happen, especially to those not protected by the Willowbrook settlement. And there are worrying signs that institutionalization and the warehousing of people with IDD is reemerging.

The system for individuals with intellectual and developmental disabilities in New York is floundering. It is grossly underfunded and regularly on the chopping block for even more cuts. Funds are not available to develop and open new residential opportunities for people with IDD. The waiting list for residential services is getting longer, and the wait time increases every day.

Staff at the residential settings are underpaid, undertrained, and overworked. As a result these group homes are massively understaffed, with an average 25 percent vacancy rate for direct care staff, sometimes going as high as 40 percent. This leads to neglect and fewer and fewer services for people with IDD.

The State Office for People with Developmental Disabilities (OPWDD) both provides services and is responsible for coordinating services for New Yorkers with IDD. OPWDD and its voluntary providers face a dire shortage of people who work directly with people with IDD, as well as clinical support personnel, such as registered nurses and licensed practical nurses. That shortage of personnel has led to disruptive closures of group homes and to fewer and fewer resources for people with IDD.

Even in residential settings that are able to maintain staffing levels that are not bare minimums, a large number of direct-care staff are simply not suited to work with people with intellectual and developmental disabilities. Providing hands-on care to people with intellectual and developmental disabilities can be an emotionally and physically challenging job. To the extent that staff do engage in any acts of abuse and neglect that are founded, they are oftentimes not removed from their jobs or prevented from working with vulnerable people.

State officials have refused to provide the funding necessary to adequately care for people with IDD. Instead, the state has increasingly looked for economies of scale, putting more and more people into larger institutional settings with fewer staff members to provide any enrichments.

OPWDD also allows children with behavioral needs to be abandoned into hospitals or psychiatric emergency rooms. And when people with IDD grow old, they are regularly shunted off into nursing homes that often lack the resources or know-how to adequately care for them. 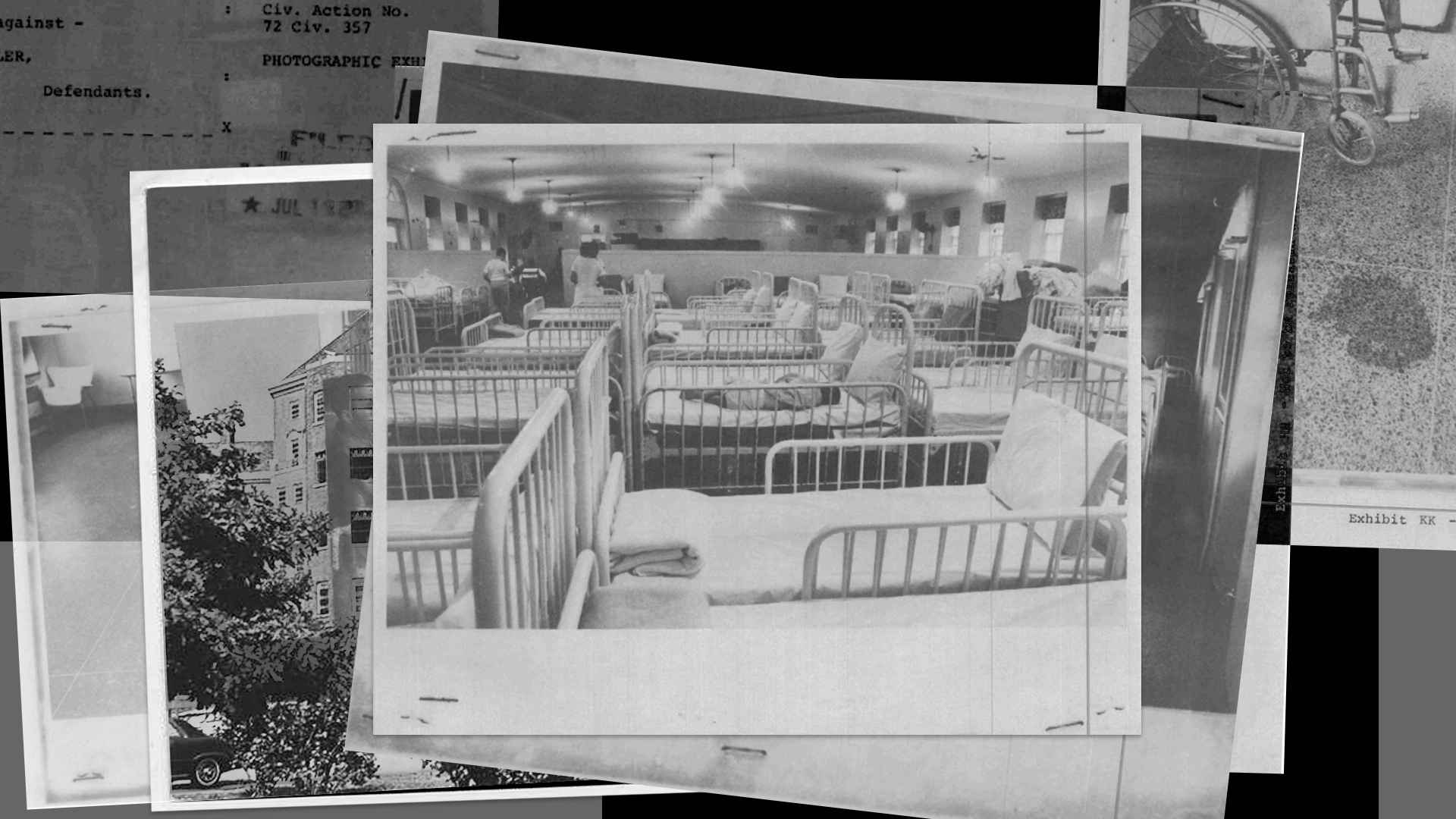 What we need now is a stronger system that allows for many people with IDD to be fully integrated into our communities and to assure that all people with IDD are living in the least restrictive, non-institutional, settings that will provide them with the supports and services they need.

We need IDD group homes to be adequately funded and fully staffed so that people with IDD are given the services and enrichment they need and are not neglected or abused.

We need a system that identifies incidents, investigates their causes, and affords redress for the event – including retraining, appropriate and rigorous supervision, or outright termination of staff so that acts of abuse or neglect do not happen. This should all be done with an eye towards ensuring that the numbers of horrible events continue to decline and are continuously identified when they happen.

To get there, the state must provide much more funding both so that staff can be better paid and better prepared and so that the state has more resources to review and investigate complaints.

Staff must be held accountable both when abuse is substantiated and when incidents of harm are not reported. And the state should conduct unannounced spot visits of residential homes and day programs so that we don’t have to rely solely on individuals and their families to come forward.

Finally, we need to provide affordable supportive housing for people with IDD. Just like all New Yorkers, people with IDD have a right to housing including those who require 24/7 care.

The Willowbrook settlement was a positive development for a community of New Yorkers that has seen too few of them over the last 50 years. But New York hasn’t been able to meet the requirements of the Willowbrook settlement for the people covered by the suit, much less all New Yorkers with intellectual and developmental disabilities. Funding, accountability, and rigorous oversight are the keys to a system that will truly care for and protect people with intellectual and developmental disabilities.

Solitary Is Torture. Corrections Unions Want to Use it More Often

Legislative Memo on Supported Decision-Making by People with...

The Dangers of Kendra's Law