The New York Civil Liberties Union and American Civil Liberties Union hosted the annual benefit concert, “Broadway Stands Up for Freedom” on Monday night for a sold-out crowd at the NYU Skirball Center for the Performing Arts. In a first for the show, Broadway stars and performers honored the NYCLU and ACLU’s work by performing thirteen new songs about civil rights and liberties in the Trump era written expressly for the concert.

The iconic concert was created 15 years ago by aspiring musical theater actors to highlight social injustices and civil rights issues through song and spoken word. Monday's event featured the inaugural “Freedom Award,” given to artist and activist Harry Belafonte for his lifetime dedication to fighting for civil rights and civil liberties. Mr. Belafonte, under the weather and unable to attend in-perso, gave a rousing speech by phone in which he highlighted the importance of standing together and never backing down.

“If there is anyone who understands the unique threat that the Trump regime poses to our cherished freedoms, it is Mr. Belafonte,” said NYCLU Executive Director, Donna Lieberman. “We are so grateful to him and to the many Broadway stars who joined us to sing their songs of protest and to continue the tradition of using music as a force for freedom.” 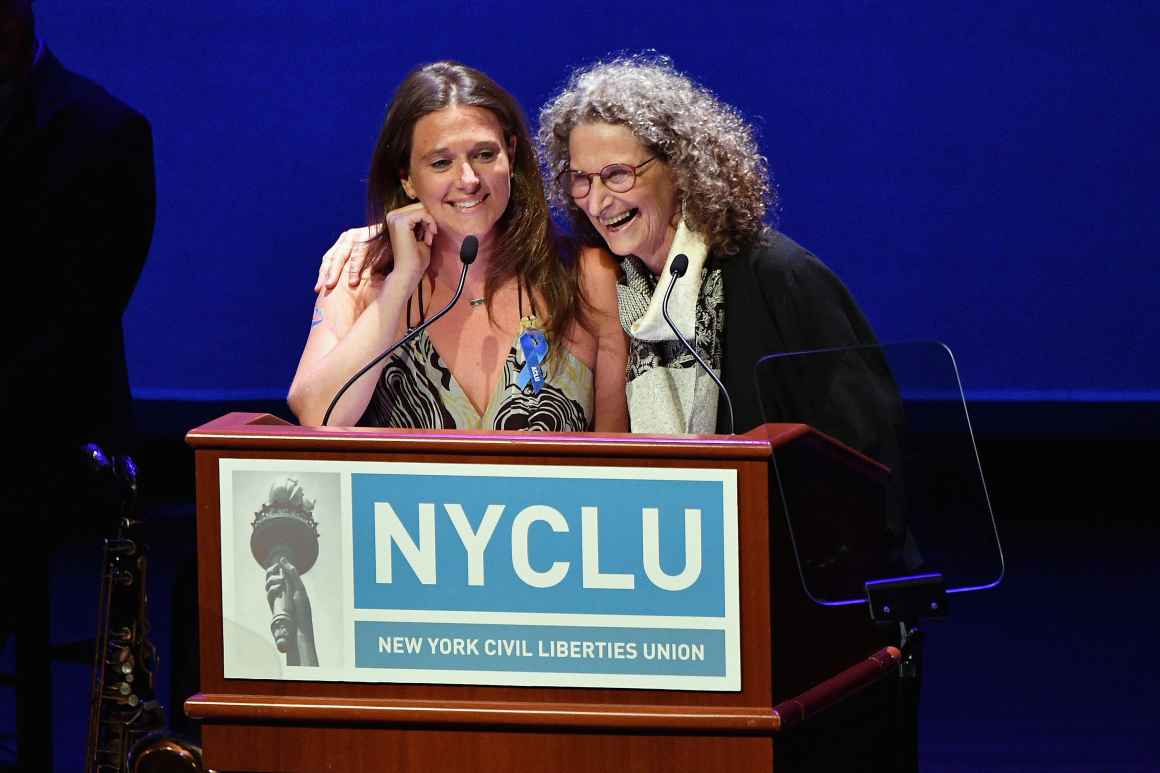 The concert featured the winner of the NYCLU’s first-ever online songwriting contest, Simone Allen. Allen took to the piano to perform her winning song “Never Gonna Stop,” accompanied by the vocals of Shaina Taub.

Original pieces performed at the concert were:

The evening was directed by Peter Flynn (Beauty and the Beast) and Daniel Goldstein (Godspell) with music direction by Kurt Crowley (Hamilton).

View a gallery of images from the evening