Checking in With a Survivor of Trump’s First Travel Ban

One year ago, Saba was on a plane to New York City. The then 27-year-old Iranian was heading back to Long Island where she is getting her master’s degree at a University in Long Island.

While she was in mid-air, President Trump signed the first version of his now infamous Muslim ban executive order, which barred citizens from seven majority Muslim countries from entering the U.S. The order even applied to current visa holders, like Saba.

Saba left the country over winter break to visit family in Tehran and to travel. But when she landed at JFK Airport and tried to re-enter the U.S. from Geneva, she was detained for several hours.

Eventually a Customs and Border Protection officer told her she would not be allowed to enter the U.S. Saba started to cry and told the officer she had an apartment in New York with all of her belongings still inside, but he said he had to send her back. Saba was subjected to an invasive full-body search, told to sign a document without being able to review it, and then put on a plane back to Geneva, all without ever being offered access to legal counsel.

“I felt my whole life get turned upside-down,” Saba said during a recent interview. “It took me almost a year and-a-half to process my university admission and my student visa and in a blink of an eye, it was all gone without any logical explanation.”

Attorneys from the NYCLU worked with government officials and airline personnel to secure Saba’s return to the U.S., as well as the return of a fellow Iranian PHD student in early February of last year. The NYCLU also joined the ACLU in successfully challenging the first Muslim ban.

A year later, Saba is still working on her master’s degree, which she will complete in May. Her traumatic experience at JFK hasn’t affected her fondness for New York.

“Nothing has changed as far as my feelings about this city,” Saba said. “I love New York and the people here.”

After Trump’s first two attempts at a Muslim ban got shot down in the courts, the Supreme Court let his third attempt go into effect in December while legal challenges continue. The ban restricts travel to the United States from six predominantly-Muslim countries, Iran, Libya, Syria, Yemen, Somalia and Chad, as well as North Korea and some groups of people from Venezuela. 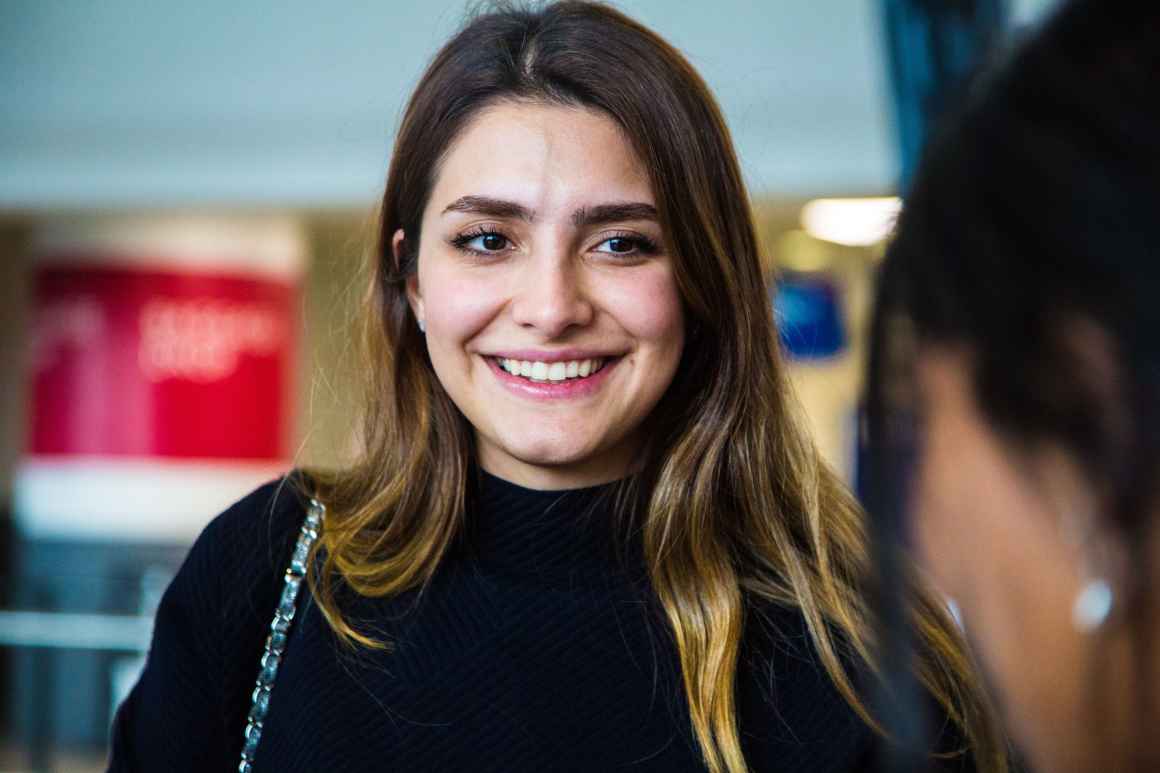 “I felt my whole life get turned upside-down.”

The ACLU and partner organizations are challenging Trump’s current ban, which, like its predecessors, is an unconstitutional attack on Muslims. The newest ban does not cover people like Saba who already have student visas.

“He literally doesn’t know what he is doing,” Saba said when asked about the third Muslim ban. “I don’t see how he has made America safe again by putting a ban on us.”

Saba said she isn’t afraid to travel outside of the United States and, when we spoke to her, she was in Iran visiting family and friends. But her experience last year showed her that anything can happen.

“Many things can change while you are flying back on the plane,” Saba said. “Last time, the travel ban was signed while I was in the air.”

While Saba has been able to continue her studies, she knows there are others who won’t be able to come to the United States because of the current ban, including students like her.

“I’ve loved my experience here in America,” Saba said. “It’s not fair that other people from Iran or elsewhere can’t come here to educate themselves and build the lives they want."

After Detention and Removal Under Trump Ban, Iranian Students...