This month, 895 New York City students were offered admission at Stuyvesant High School, one of New York City’s most selective public high schools. Just seven of those students are black.

That number is down from last year, when 10 black students were granted admission. Another selective city school, Bronx High School of Science, made 12 offers to black students, a big dip from 25 last year.

Overall, just 190 of the 4,800 students offered admission so far to the city’s eight specialized schools this fall are black. That’s down from 207 admitted last year out of more than 5,000 offers. The number of Latinx students invited to attend the eight specialized schools is down too, from 320 to 316 students. This is all despite the fact that black and Latinx students make up nearly 70 percent of public school students in New York. The offers are based on students’ scores on a single, high-stakes test.

An admissions system that produces these results is unjustifiable and unacceptable. Today, civil rights groups asked a federal court to allow them to join the defense of efforts to decrease these stark racial disparities.

In June, Mayor Bill de Blasio announced an expansion of the  Discovery Program, which allows students from low-income communities who score just below the standardized test cutoff to earn admission to the specialized high schools. Students must first complete a summer preparation session before they gain admission.

Under de Blasio’s expansion, the city mandates that each of the specialized high schools set aside 13 percent of seats this year and 20 percent starting next year for students entering through the Discovery Program. The plan is expected to produce a fivefold increase in the number of black students who attend the city’s selective schools. The tiny number of black and Latinx students offered admission so far for next fall does not include students who will be admitted through the expanded Discovery Program. 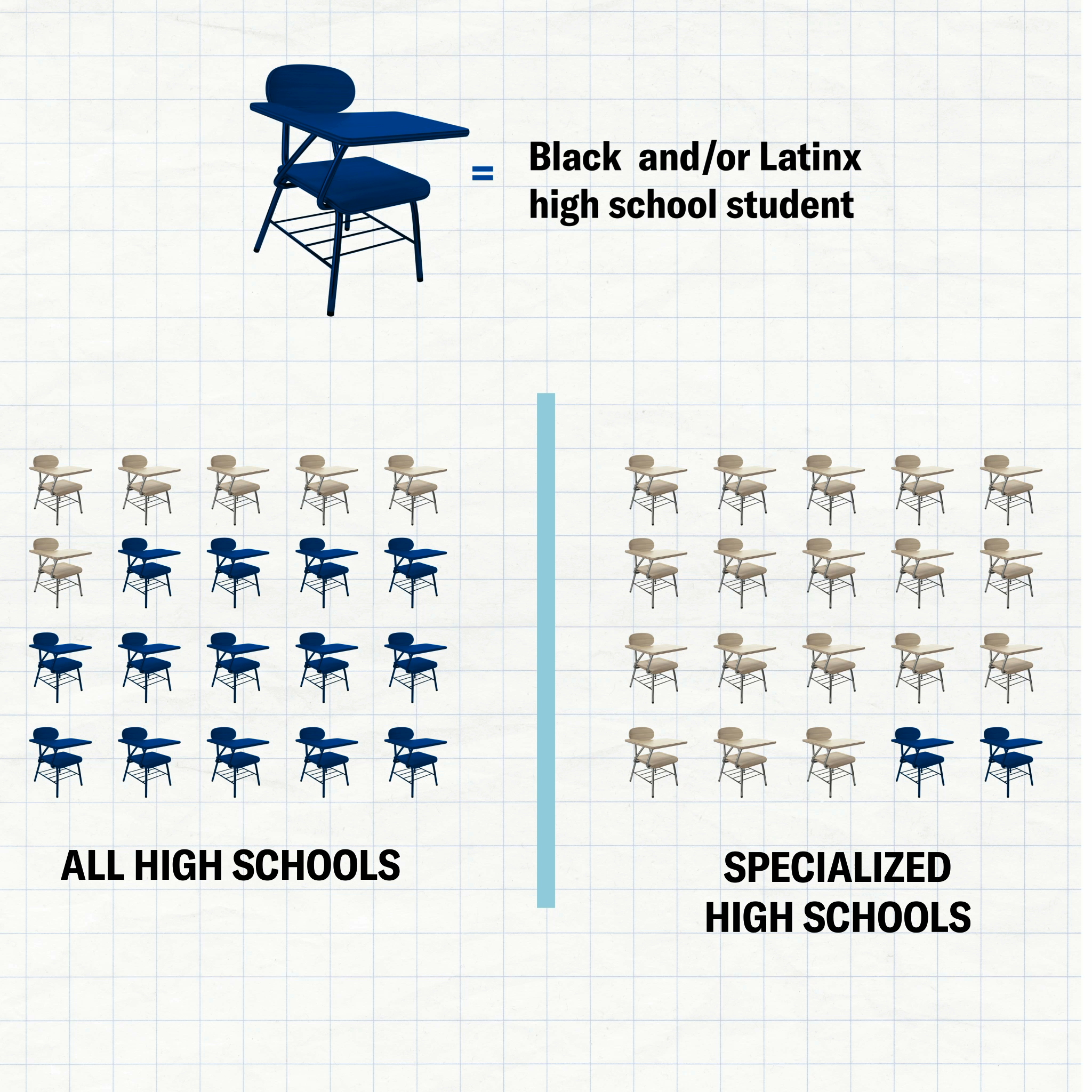 Expanding the Discovery Program is a small step towards decreasing the egregious racial disparities. But in December, the Pacific Legal Foundation (PLF), an ultra-conservative California legal organization with a history of challenging school integration policies and practices around the country, filed a lawsuit challenging de Blasio’s policy.

The motion, filed by the NYCLU, ACLU, NAACP Legal Defense and Educational Fund, and LatinoJustice PRLDEF, asks a judge to let us intervene in this case to help defend the city against this lawsuit. Our motion was filed on behalf of Teens Take Charge, a public-school student led organization, Desis Rising Up and Moving, the Hispanic Federation and five black and Latinx public school students and their families.

We are getting involved in this case because black, Latinx, and underrepresented Asian-American students are shut out of the conversation about the role of the Discovery Program and the broader efforts to address racial segregation in our schools.

Defending the city’s effort to expand access to the top schools is also critical for encouraging more steps to ensure diversity and equity in all New York schools. New York City schools are some of the most segregated in the country.

Despite the PLF’s claims, the new parameters are not race-based and do not discriminate against any racial group. Eligible students must both have individual economic need and come from economically disadvantaged middle schools to be eligible for the program.

Expanding Discovery is the right thing to do for students who have been systematically denied access to a quality education. And it won’t just benefit black and Latinx students. Numerous studies have shown that all students benefit from getting an education in a diverse school. Diverse learning environments enrich students’ learning experiences and better prepare them for success in multiracial workplaces, the global economy, and our society.

Ultimately, the single test used to determine who gets into New York’s specialized high schools should not be the only factor considered for admission. Though it might appear on its surface to be a meritocratic way to decide who gets in, the test is less a measure of future success and more an indicator of which students have access to the money and other resources it takes to prepare for the exam.

Changing the admissions process for the city’s most specialized schools will require a change to the state law. In the meantime, expanding the Discovery Program is one of the city’s only ways to address the persistent racial disparities that plague these schools.

NYSED Survey: 8% of NY Students Without Devices During Pandemic,...

Growing Up Under Trump and What Must Come Next