Opponents of Marijuana Legalization Forget How Bad the Status Quo is

New Yorkers have favored legalizing marijuana for years, and state leaders are finally getting the message. There is strong momentum around making New York the 11th state to legalize marijuana.

But we aren’t there yet, and success is far from certain. In one sign of opposition, legislators in many of the most populous counties outside New York City are either considering or have passed legislation that would bar the sale of marijuana, even if it is legalized by the state. County leaders considering opting out should remember just how harmful prohibition has been on people in their communities, particularly people of color.

If marijuana is legalized and counties opt-out, people in those counties will face additional hurdles to entering the highly lucrative marijuana market. Counties could also miss out on tax revenue generated by marijuana sales. That will hurt people in those communities and it will mean a missed chance to repair some of the damage done by prohibition.

From 2000 to 2018, there have been nearly one million arrests for marijuana related misdemeanors and felonies, according to data obtained by the NYCLU from the State Division of Criminal Justice Services. And this number doesn’t include the tens of thousands of arrests for possession of small amounts of marijuana, because DCJS does not collect data on violation-level offenses.

But Monroe is far from an outlier. In eight of the counties considering opting out, black people are arrested at disproportionate rates compared to whites. In those counties, black residents make up 12 percent of the population but 50 percent of those arrested for marijuana.

And in terms of total number of arrests, no counties outside of New York City can top Long Island’s Suffolk and Nassau Counties with 29,000 and 18,000 arrests respectively. Both counties are considering opting out. 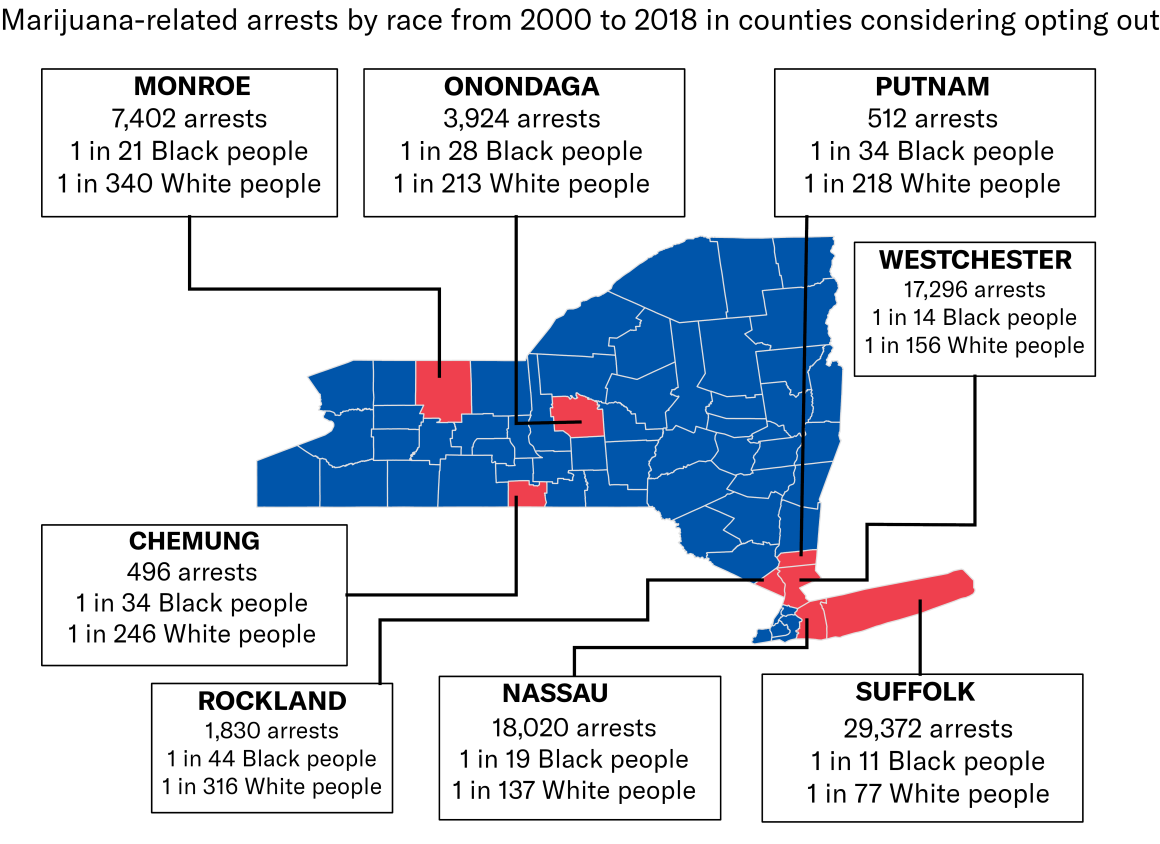 Even if a person doesn’t spend time in prison or jail for a marijuana infraction, and many people do, a conviction or just a charge can destroy a person’s life. They can lose their job, their home, or their access to financial aid for school. They can even have their children taken away.

Any politician who thinks continuing prohibition will make marijuana go away should understand that illegal substances are no less available, potent or popular than they were when the war on drugs began.

A vote to opt-out is a vote to continue the failed status quo. It’s a status quo whose victims are disproportionately black, brown, and poor. 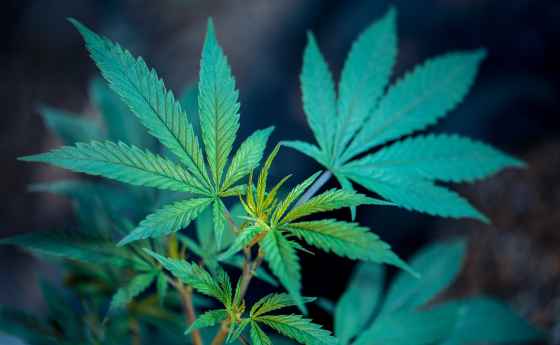 Could New York Be the Next State to Legalize Marijuana?