The Westchester County Executive signed a bill last week that will ensure the county does not aid the Trump administration’s desperate and misguided war on immigrants.

The legislation includes many policies that make clear Westchester will not go out of its way to help federal efforts to find, arrest, detain and deport immigrants. The NYCLU worked with a coalition that successfully pushed for the law.

Among other provisions, the legislation ensures that, with few exceptions, county employees and law enforcement officers will not:

This law sends a message to the immigrant community that they are welcome and valued in Westchester, and that their county government has their back.

The legislation not only makes Westchester a leader in efforts to combat the Trump administration’s supercharged deportation machine, but it will enhance public safety by increasing trust between law enforcement and the immigrant community.

When immigrants know that their local law enforcement actively works with immigration officers, they are much less likely to go to them for help. They rightly fear that doing so could put themselves or their friends and family in danger of being arrested and deported.

We see this in places like nearby Dutchess County, where it was recently reported that 24 people were delivered to ICE agents from 2016 to mid-2017.  The Dutchess County Jail is also sharing the names of anyone born outside of the United States with federal authorities. This is unnecessary and unacceptable and it needlessly makes life much harder for people in our communities.

Westchester no longer behaves that way. While no local law can fully shield immigrants from the federal government, the county government is doing its part to ensure protections for vulnerable communities. That’s especially important now under Trump, who has maliciously vilified so many of our friends, family members, neighbors and colleagues.

The Westchester law also shows that local governments will not be deterred by attempts at intimidation from the federal government, which continues to push to make localities turn their police forces into deputized immigration agents.

We will not be frightened and we will continue to stand with immigrant New Yorkers. 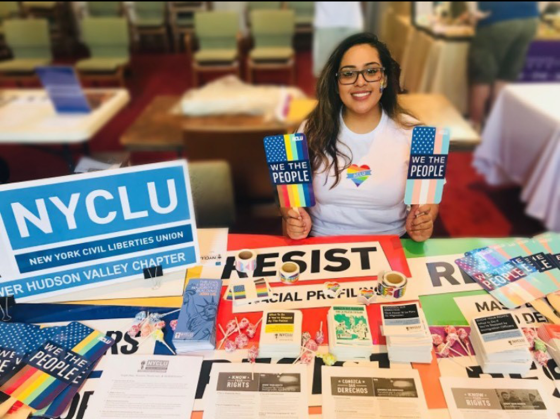 NYCLU Statement on Governor Hochul’s State of the State Address

Settlement Will Solidify Right to Parole Process for Asylum Seekers...