The New York Civil Liberties Union and New York State today announced a settlement agreement that will comprehensively overhaul solitary confinement in New York State -- one of the largest prison systems in the country -- and provide a framework for ending the state’s overreliance on extreme isolation. The agreement will result in the end of traditional solitary confinement for more than 1,100 people -- one-quarter of the current solitary population -- who will either be placed in alternative units or provided with less isolating, more rehabilitative conditions. The settlement is expected to reduce the solitary population even further by eliminating solitary confinement as punishment for all minor violations and limiting the duration of most solitary sentences, and it will abolish several of solitary’s most dehumanizing features altogether.

“New York State has recognized that solitary confinement is not only inhumane but detrimental to public safety and has committed to changing the culture of solitary within state prisons,” said NYCLU Executive Director Donna Lieberman. “No prison system of this size has ever taken on such sweeping and comprehensive reforms to solitary confinement at one time. Today marks the end of the era where incarcerated New Yorkers are simply thrown into the box to be forgotten under torturous conditions as a punishment of first resort, and we hope this historic agreement will provide a framework for ending the abuse of solitary confinement in New York State.”

The agreement comes as a result of the 2012 class-action lawsuit, Peoples v. Fischer, brought by the NYCLU with pro bono co-counsel Morrison & Foerster and co-counsel Professor Alexander Reinert of the Benjamin N. Cardozo School of Law, that challenged the system-wide policies and practices governing solitary confinement in New York State prisons. Solitary confinement is the most extreme form of punishment used in the United States outside of the death penalty and causes severe trauma, while also being linked to higher rates of recidivism and a reduction in public safety.

The NYCLU’s 2012 report “Boxed In” showed that state prisons doled out thousands of extreme isolation sentences every year, with some prisoners serving terms of years or even decades in isolation. In 2014, the NYCLU and the Department of Corrections and Community Supervision reached an “interim” settlement agreement under Peoples that provided immediate protections to those most vulnerable to solitary’s most devastating effects, including youth, pregnant women and developmentally disabled prisoners, and committed the NYCLU and the state to working toward a global settlement agreement.

The agreement announced today is the result of nearly two years of additional negotiations since the interim agreement, and will result in sweeping, systemic changes benefitting all incarcerated individuals, corrections staff and all New Yorkers. “Solitary confinement is mental torture that I wouldn’t want anyone to experience,” said lead plaintiff Leroy Peoples, who served 780 consecutive days in isolation for nonviolent behavior after prison officials determined he filed false legal documents. “A major milestone has been accomplished today.” “It isn’t just the people in the box who have been at risk,” said Sandy Peoples, Leroy Peoples’s wife. “These reforms are important for the families of incarcerated people.”

Under the agreement, the state commits itself to (1) reducing solitary, (2) limiting the length of solitary sentences and (3) increasing rehabilitative features in solitary and abolishing its most dehumanizing aspects. The agreement, which is expected to cost $62 million and is subject to court approval, contains the following major provisions, which must be implemented within the next three years and will be followed by a two-year monitoring period:

“Today is a watershed moment, as New York moves beyond just shielding the most vulnerable and sympathetic from solitary and starts to address more difficult and fundamental issues that have allowed such a devastating and unsafe practice to become so common for so long,” said Taylor Pendergrass, lead counsel and NYCLU Senior Staff Attorney. “By addressing the use of solitary at nearly every level, this agreement puts New York on the path toward a system that embraces the reality that respecting human dignity and improving public safety are not in conflict, but are mutually reinforcing goals.”

A federal study released in December 2014 found that states that reformed solitary confinement found no decrease in safety inside the prisons, and that in some state prison systems, like Colorado, safety improved as fewer prisoners were subjected to solitary. “For more than 100 years, it has been shown that extreme isolation causes serious harm while accomplishing little if any of the goals of a rational corrections system,” said co-counsel Alex Reinert, a law professor at Benjamin N. Cardozo School of Law. “This settlement puts New York on the right path, one joined by an increasing number of states and localities.”

“To their credit, New York officials recognized the vast overuse of solitary confinement in the corrections system and came to the table with an appetite for reform,” said Jennifer K. Brown, co-counsel and Senior pro bono counsel, Morrison & Foerster. “Our firm was honored to play a part in the negotiations that led to this historic pact and will be vigilant with our co-counsel in monitoring the implementation and impact of this agreement. We commend New York corrections leaders for tackling this issue head-on and committing to the hard and complicated work necessary to reduce solitary – work that will improve everyone’s safety, in and outside prison, in the long run.”

“I’m thankful that the problems of solitary confinement are finally being taken so seriously,” said plaintiff Dewayne Richardson, who was sentenced to 1,095 days in isolation for nonviolent behavior after prison officials determined he filed false legal documents. “And with these changes in place, I hope that people like me will now have a better chance at being productive citizens after we leave the system.” “For the months that I was locked up and forgotten about in solitary, I have been working with the NYCLU to bring about today’s reforms,” said plaintiff Tonja Fenton, who was given three solitary sentences for non-violent conduct. “I hope that today New York can finally begin to find its way out of the box.” In addition to Pendergrass, NYCLU staff who have worked on the case include Christopher Dunn and Philip Desgranges. The Morrison & Foerster team, led by David Fioccola and Jennifer Brown, also includes Kayvan Sadeghi, Daniel Matza-Brown and Adam Hunt. 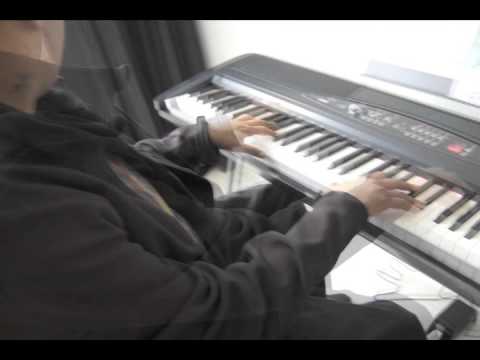