To mark Pride, the New York Civil Liberties Union today released a new web video reminding New Yorkers that, despite a temporary setback last year in the State Senate, the fight for fair marriage laws is not over. “The majority of New Yorkers support fair marriage laws that protect lesbian and gay families,” said NYCLU Executive Director Donna Lieberman. “We must keep working and show our elected officials that they must stand up for all New Yorkers.” In December, the State Senate rejected a bill that would have given gay and lesbian couples in the state the ability to marry by a vote of 38 to 24. The new, 90-second video features footage from last year’s floor debate of senators expressing their support for the marriage bill. 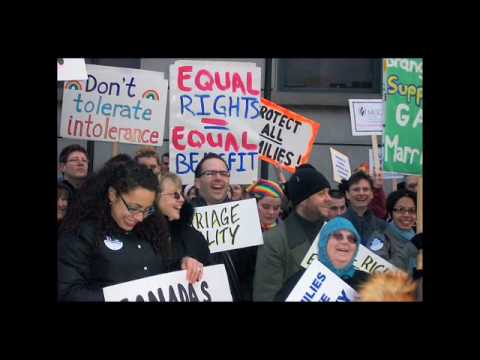