In a settlement approved late Tuesday by the Suffolk County Legislature, the Suffolk County Police Department has agreed to annually train and test all police officers on the First Amendment right of the public and the media to observe, photograph and record police activity in public locations. The settlement comes in response to a lawsuit filed in 2012 on behalf of Philip Datz, a professional video journalist who was unlawfully arrested and detained by Suffolk County police in July 2011 while filming police activity on a public street in Bohemia, Long Island. The lawsuit was filed by the law firm of Davis Wright Tremaine LLP, the National Press Photographers Association (NPPA) and the New York Civil Liberties Union. The settlement also requires the SCPD to pay Datz $200,000 and create a Police-Media Relations Committee to address problems between the press and the Police Department. After public outcry over Datz’s arrest, the SCPD also revised its rules and procedures to instruct officers that “members of the media cannot be restricted from entering and/or producing recorded media from areas that are open to the public, regardless of subject matter.” “This settlement is a victory for the First Amendment and for the public good,” Datz said. “When police arrest journalists just for doing their job, it jeopardizes everyone’s ability to stay informed about important news in their community. Journalists have a duty to cover what the police are doing, and this settlement strengthens the ability of journalists and the community to hold the police accountable for their actions as well as protecting the First Amendment rights of the public.” Datz was filming the aftermath of a police chase on July 29, 2011 when a Suffolk County police sergeant demanded he leave the scene. Though no police lines had been established, Datz moved a block away. The sergeant again approached him, and though Datz prominently displayed his press credentials, was standing in a location open to the public and did not interfere with the police in any manner, he was handcuffed, taken into custody and charged with misdemeanor obstruction of governmental administration. Police also seized his video camera and tape recording of the incident. Following his release and the return of his equipment and tape, Datz posted video of the encounter on YouTube (see video below). The Suffolk County District Attorney dropped the charge against Datz on Aug. 9, 2011. The Police Department’s Internal Affairs Bureau subsequently found that the sergeant made a false arrest and violated Department rules and procedures. 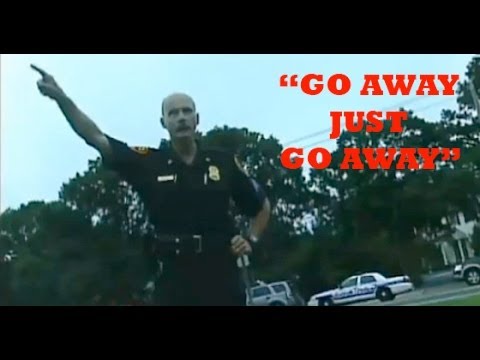 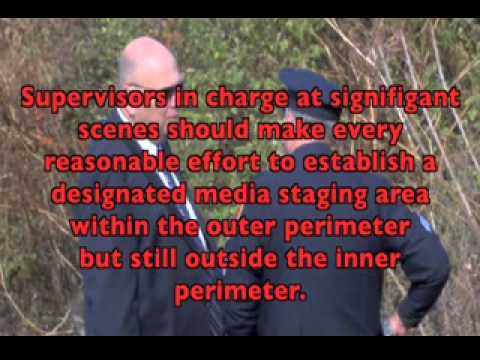 %3Ciframe%20width%3D%22420%22%20height%3D%22315%22%20src%3D%22%2F%2Fwww.youtube-nocookie.com%2Fembed%2FN0wJiN2Yxx4%3Fautoplay%3D1%26version%3D3%26playsinline%3D1%22%20frameborder%3D%220%22%20allowfullscreen%3D%22%22%20allow%3D%22autoplay%22%3E%3C%2Fiframe%3E
Privacy statement. This embed will serve content from youtube-nocookie.com.
Please note that by playing this clip You Tube and Google will place a long-term cookie on your computer. Please see You Tube’s privacy statement on their website and Google’s privacy statement on theirs to learn more. To view the NYCLU’s privacy statement, click here.
The Suffolk County case is just the latest example of a lawsuit forcing local law enforcement to protect, rather than violate, the First Amendment. The Baltimore Police Department in March announced a new policy that prohibits officers from stopping people from taping or photographing police actions after officers destroyed a man’s personal, family videos because he taped a police incident, a case in which the U.S. Department of Justice filed a statement of interest affirming the right of both the public and the press to record police activities in public. “We are delighted that Suffolk County has now joined other police departments, the U.S. Department of Justice and numerous courts across the country in recognizing that the public and press have a First Amendment right to photograph and record police officers performing their duties in a public place – a right that is essential to newsgathering and the free discussion of government affairs,” said Robert Balin, a partner with Davis Wright Tremaine and lead counsel on the case. “This settlement is a huge victory not just for Phil Datz, but for all journalists and Suffolk County residents. The changes in policy and training agreed to by the County are major steps toward transforming the SCPD culture that led to this unfortunate incident.” The NYCLU and the NPPA has repeatedly sued law enforcement across New York State to prevent it from harassing photographers and journalists. “In our society, people have a clear right to document police activity in public places,” said Amol Sinha, director of the NYCLU’s Suffolk County Chapter. “This right is especially important when it comes to documenting police interactions with the community. We hope this settlement strengthens the ability of journalists and everyone to hold the police accountable for their actions and keep members of the community informed.” The Police-Media Relations Committee will be charged with promoting better relations between press and the police and will address complaints regarding police-media relations. Its membership will include a commanding officer in the SCPD, the executive officer of the SCPD’s Public Information Bureau, and members of local print and broadcast media outlets, as well as a freelance videographer or photographer. “The National Press Photographers Association commends Suffolk County for working with Phil Datz and his counsel in order to turn a far too commonplace First Amendment violation into a constructive resolution of the case,” said Mickey H. Osterreicher, general counsel for the NPPA. “The real challenge now will be to ensure the ongoing training of SCPD officers in order for Suffolk County to be a positive role model for other law enforcement agencies. The NPPA is also extremely appreciative of the tenacious advocacy by Rob Balin, Alison Schary and Sam Bayard of the law firm of Davis Wright Tremaine who worked tirelessly on Phil’s behalf. And finally our thanks go to Phil Datz for not only having to endure the abridgment of his civil rights but for his willingness to stand up for his rights and the rights of others.” The agreement will soon go before Judge Leonard Wexler in the U.S. District Court for the Eastern District for final approval.
Related Issues