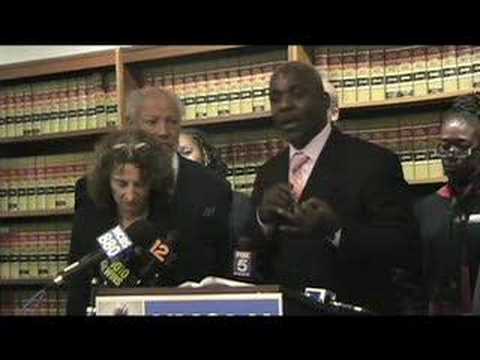 %3Cobject%20width%3D%22425%22%20height%3D%22349%22%3E%3Cparam%20name%3D%22movie%22%20value%3D%22http%3A%2F%2Fwww.youtube-nocookie.com%2Fv%2Fuuf_GanA0C4%3Fversion%3D3%26amp%3Bhl%3Den_US%26autoplay%3D1%26version%3D3%26playsinline%3D1%22%20%2F%3E%20%3Cparam%20name%3D%22allowFullScreen%22%20value%3D%22true%22%20%2F%3E%20%3Cparam%20name%3D%22allowscriptaccess%22%20value%3D%22always%22%20%2F%3E%20%3Cembed%20src%3D%22http%3A%2F%2Fwww.youtube-nocookie.com%2Fv%2Fuuf_GanA0C4%3Fversion%3D3%26amp%3Bhl%3Den_US%26autoplay%3D1%26version%3D3%26playsinline%3D1%22%20type%3D%22application%2Fx-shockwave-flash%22%20width%3D%22425%22%20height%3D%22349%22%20allowscriptaccess%3D%22always%22%20allowfullscreen%3D%22true%22%3E%3C%2Fembed%3E%3C%2Fobject%3E
Privacy statement. This embed will serve content from youtube-nocookie.com.
Please note that by playing this clip You Tube and Google will place a long-term cookie on your computer. Please see You Tube’s privacy statement on their website and Google’s privacy statement on theirs to learn more. To view the NYCLU’s privacy statement, click here.
Researched and written by Prof. Harry G. Levine, a sociologist at Queens College, and Deborah Peterson Small, an attorney and advocate for drug policy reform, the report is based upon two years of observations in criminal courts as well as extensive interviews with public defenders; Legal Aid and private attorneys; veteran police officers; current and former prosecutors and judges; and those arrested for possessing marijuana. “The massive, organized and relentless pursuit of these arrests under two mayors and three police commissioners represents a crusade by law enforcement,” Levine said. “But that term does not capture other important characteristics of these arrests – including the harm they inflict on black and Latino young people and their families.” Between 1997 and 2007, police arrested and jailed about 205,000 blacks, 122,000 Latinos and 59,000 whites for possessing small amounts of marijuana. Blacks accounted for about 52 percent of the arrests, though they represented only 26 percent of the city's population over that time span. Latinos accounted for 31 percent of the arrests but 27 percent of the population. Whites represented only 15 percent of those arrested, despite comprising 35 percent of the population. Government surveys of high school seniors and young adults 18 to 25 consistently show that young whites use marijuana more often than young blacks and Latinos. The arrests also are heavily skewed by gender. About 91 percent of people arrested were male. “The numbers speak for themselves,” said Donna Lieberman, executive director of the NYCLU. “The NYPD routinely targets young men based on their skin color and where they live. Arresting and jailing thousands for marijuana possession does not create safer streets. It only fosters distrust between the police and community and strips hundreds of thousands of young New Yorkers of their dignity.” The arrests, which cost taxpayers up to $90 million a year, are indicative of the NYPD's broken windows approach to law enforcement, in which police focus on minor offenses as a method of reducing crime. This approach, also called quality of life policing, has caused a dramatic spike in stop-and-frisk encounters between police and city residents. In 2007, the NYPD stopped nearly 469,000 New Yorkers. Eighty-eight percent were found completely innocent of any wrongdoing. The racial disparity in the stop-and-frisk encounters is almost identical to the disparity in marijuana arrests: Though they make up only a quarter of the city's population, more than half of those stopped were black.

Click here to see the full-size graph.
Robin Steinberg, executive director of the Bronx Defenders, said the increase in marijuana arrests is linked to the quality of life initiative and the increase in NYPD stop-and-frisk street interrogations. “If you work in this community for any length of time, you see it first hand – police randomly stopping and searching kids on the streets,” she said. “It's no surprise that so many residents feel like they are living in a police state. The people in these neighborhoods are subject to a level of intense policing not found in affluent communities.” Marijuana arrests do not reduce serious or violent crime. According to a study by two University of Chicago professors, these arrests only take police off the streets and divert them into nonessential police work. What they do succeed in is driving thousands of young men of color into the criminal justice system. “By targeting black and Latino youth for misdemeanor marijuana arrests, the NYPD is labeling children with criminal records for offenses the law deems a violation, not a crime,” said Small, executive director of Break the Chains, a non-profit organization that advocates for reforms of punitive drug laws. “The consequences of the arrests follow these children for the rest of their lives. It was to avoid these consequences that marijuana possession was decriminalized in the first place. It is particularly perverse that black and Latino youth are being targeted for violating a law that was passed to reduce the likelihood that young people would acquire criminal records for possessing small amounts of marijuana.” The majority of the nearly 400,000 people arrested for possessing marijuana were not carrying or smoking the drug in public. Most people simply had a small amount of marijuana in their possession, usually concealed in a pocket or backpack. New York State decriminalized marijuana possession in 1977, making it a violation like speeding or driving through a stop light. When police officers coerce or intimidate people into showing marijuana in the open, though, they are able to classify it as a misdemeanor and arrest for it. “The criminal complaint always charges that they had it in open view,” Steinberg said of her clients in the Bronx. “That is preposterous. It's obvious that everyone isn't walking around carrying pot in open view.” Police did not focus on marijuana arrests from 1977 through 1996, arresting around 30,000 people total in both decades for possessing less than an ounce of marijuana. But police equaled or topped that 10-year arrest total in nine of the next 11 years. In 2007 alone, police made 39,700 arrests for marijuana possession. The NYPD, rarely shy about touting success, does not promote its record-breaking crackdown on small-time marijuana possession. The report identifies incentives for the NYPD to focus on marijuana arrests. For instance, the arrests provide police officers a relatively safe and easy way to demonstrate productivity, especially in an organization such as the NYPD that heavily relies on statistics to measure effectiveness. Among other benefits, the arrests also help officers accrue overtime pay. Supervisors use marijuana arrests to generate arrest records, facilitate supervision of police activities and show that their officers are productive. The arrests also succeed in dramatically expanding the NYPD's vast database of New Yorkers' personal information. Each marijuana arrest brings a new set of fingerprints and photos into the NYPD's extensive system. Three former police chiefs of some of the nation's largest cities have endorsed the report's findings. All three of the former chiefs believe marijuana possession arrests are a waste of police resources that do not reduce violent crime. “Illegal, trivial, meaningless arrests undermine confidence in the justice system and corrupt the enforcers,” said Anthony V. Bouza, a former NYPD commander in the Bronx who was chief of police in Minneapolis from 1980 to 1989. “New York's marijuana arrests are counterproductive, a classic misapplication of police resources.” Norm Stamper, Seattle's police chief from 1994 to 2000, said the enormous spike in marijuana arrests negatively affects both law enforcement and the community. “I do not believe the two New York City mayors and three police commissioners who have presided over these practices are motivated by personal racism,” Stamp said. “But the effects of these practices are deeply, undeniably discriminatory, as well as damaging to legitimate crime fighting, community relations and police morale.” George Napper, Atlanta's chief of police from 1990 to 1997, said the report reveals common policing patterns, including racially skewed stop-and-frisk searches, that are poorly understood by the general public. “People who care about the fate of American cities and the incarceration of racial minorities should read this fine study,” Napper said. “As a New York City police officer quoted in the report says: ‘Welcome to the real world.'” Among an extensive list of recommendations, the report urges policymakers to:
Related Issues

For I-81 and environmental justice, details matter more than words

What NY Owes Immigrants After Trump

Testimony on COVID-19 and Seniors in NYC