The New York Civil Liberties Union today filed a class-action lawsuit challenging the NYPD’s practice of keeping the personal information of innocent New Yorkers who have been stopped and frisked by police officers in an electronic police database that the department uses for criminal investigations. “Innocent New Yorkers who are the victims of unjustified police stops should not suffer the further injustice of having their personal information stored indefinitely in a sprawling NYPD database,” said Donna Lieberman, NYCLU executive director. “With this database, the NYPD is turning innocent black and Latino New Yorkers into criminal suspects. Since Commissioner Kelly refuses to end this unconstitutional and illegal practice, we have no choice but to ask the courts to step in.” 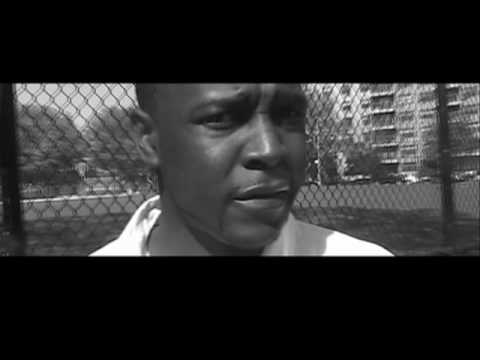 %3Cobject%20width%3D%22400%22%20height%3D%22385%22%3E%3Cparam%20name%3D%22movie%22%20value%3D%22http%3A%2F%2Fwww.youtube.com%2Fv%2FmIyMZlcYEZM%26amp%3Bhl%3Den_US%26amp%3Bfs%3D1%26amp%3B%3Fautoplay%3D1%26version%3D3%26playsinline%3D1%22%20%2F%3E%3Cparam%20name%3D%22allowFullScreen%22%20value%3D%22true%22%20%2F%3E%3Cparam%20name%3D%22allowscriptaccess%22%20value%3D%22always%22%20%2F%3E%3Cembed%20src%3D%22http%3A%2F%2Fwww.youtube.com%2Fv%2FmIyMZlcYEZM%26amp%3Bhl%3Den_US%26amp%3Bfs%3D1%26amp%3B%3Fautoplay%3D1%26version%3D3%26playsinline%3D1%22%20type%3D%22application%2Fx-shockwave-flash%22%20allowscriptaccess%3D%22always%22%20allowfullscreen%3D%22true%22%20width%3D%22400%22%20height%3D%22385%22%3E%3C%2Fembed%3E%3C%2Fobject%3E
Privacy statement. This embed will serve content from youtube.com.
Please note that by playing this clip You Tube and Google will place a long-term cookie on your computer. Please see You Tube’s privacy statement on their website and Google’s privacy statement on theirs to learn more. To view the NYCLU’s privacy statement, click here. The NYCLU filed the lawsuit in State Supreme Court for New York County on behalf of what may be more than 100,000 New Yorkers whose personal information is being kept in the NYPD database even though state laws require that all police records of their stop-and-frisk encounters be sealed and not be available to any public or private agency. The lead plaintiffs are two New York City residents who have been stopped and frisked by police officers, issued summonses, and subsequently cleared of any wrongdoing. The lawsuit asks, among other things, for an injunction requiring the NYPD to seal all records, including personal information in the stop-and-frisk database, of people who were stopped and frisked, were arrested or issued a summons, and whose cases ended either in dismissal or only the payment of a fine for a noncriminal violation. NYPD Commissioner Raymond Kelly, the City of New York and several unnamed police officers are listed as defendants. “What the NYPD is doing is unfair and a violation of my rights,” said plaintiff Clive Lino, a 29-year-old graduate student studying English and special education at Mercy College who works full-time with special needs children at a residential facility for students in crisis. Lino, a black man and Harlem resident, was stopped at least 13 times by NYPD officers between February 2008 and August 2009. On numerous occasions, he has written to city agencies and officials about his mistreatment by NYPD officers, complaining in one letter that “they make me feel like a criminal or suspect when I haven’t done anything wrong.” On April 18, 2009, Lino and his cousin were getting into his brother’s car on Morris Avenue in the Bronx when five police officers stopped them. The officers threw Lino against a wall, frisked him, handcuffed him and searched his pockets. After detaining him for about a half hour, the police officers issued Lino summonses for spitting in public and possessing an open container. Both were dismissed. “I should not have to fear becoming the subject of an investigation without my knowledge for things that I have no involvement in,” Lino said. “This is a clear violation of my rights.” Plaintiff Daryl Khan, a freelance journalist who covered the NYPD for more than a decade, was riding his bike at the corner of Tompkins Avenue and Park Avenue in Brooklyn on Oct. 7, 2009 when two police officers in an unmarked van pulled him over. They accused the 35-year-old of riding on the sidewalk, demanded to see his ID, and repeatedly asked him to tell them where he lived. Khan, a white stay-at-home father of twin toddlers who lives in Brooklyn, was polite to the officers but stood up for his rights as he wasn’t riding on the sidewalk. In response, he was pulled from his bike, thrown against the van, and handcuffed. One officer donned rubber gloves and searched his pockets against his will. The encounter lasted about 45 minutes. Khan, who has never been arrested and has no criminal record, was issued a summons for disorderly conduct and one for riding his bike on the sidewalk. Both were dismissed. “I have no business being in a police database for riding my bike,” Khan said. “I’ve seen excellent police work first-hand over the decade I’ve covered the great work of the NYPD. I expect more from the Police Department than to use the names of innocent people as tools for investigation or anything else they see fit.” Since 2004, the NYPD has stopped and interrogated people nearly 3 million times, and the names and addresses of those stopped have been entered into the department’s database, regardless of whether the person had done anything wrong. Last year, NYPD officers stopped and questioned or frisked more than 575,000 people, the most ever. Nearly nine out of 10 of those stopped and questioned by police last year were neither arrested nor issued a summons. And more than 80 percent were black or Latino. “It shouldn’t take a lawsuit to keep innocent people out of a police database,” said Christopher Dunn, NYCLU associate legal director and lead counsel on the case. “We believe that more than 100,000 people are in this criminal suspect database even though they have been cleared of all wrongdoing and even though the law requires the NYPD to seal their records. What’s more, our state’s laws must be changed so that the millions of people who are stopped by police but aren’t even issued a summons or arrested also are removed from the suspect database. The NYPD must not maintain a database of millions of innocent black and brown New Yorkers.” In March, following prolonged advocacy by the NYCLU, City Council Speaker Christine Quinn and Councilmember Peter Vallone, Jr., the chairman of the Public Safety Committee, wrote to Commissioner Kelly criticizing the practice of using the database to conduct criminal investigations and urging the Department to end the practice. Echoing the NYCLU’s arguments, the lawmakers argued that using the database for investigations “raises significant privacy-right concerns.” In addition to Dunn, New York University Civil Rights Clinic students Alyssa Bell, Mindy Friedman and Rachel Presa are working on the case.
Related Issues

The Facts About the New Bail Law

This School District is Shortchanging the Future of Students of Color

Op Ed: We must repeal the law shielding police misconduct