The New York Civil Liberties Union today expanded its lawsuit challenging abuse of Tasers by the Syracuse Police Department in Syracuse City schools. The new plaintiff was a 12th grader when he was shot with a Taser three times while lying on the floor and crying because he was afraid he might not graduate with the rest of his class. “Schools are supposed to be safe and supportive learning environments,” said NYCLU Central New York Chapter Director Barrie Gewanter. “Yet in Syracuse, officers trained for the streets are using dangerous weapons on children with impunity. These abusive police street tactics have no place in our schools.” 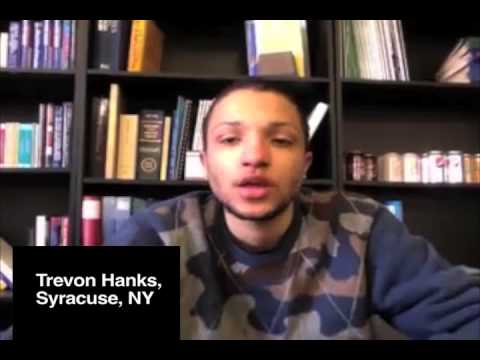 %3Ciframe%20width%3D%22460%22%20height%3D%22315%22%20src%3D%22%2F%2Fwww.youtube-nocookie.com%2Fembed%2FmK2pm3rFW_o%3Fautoplay%3D1%26version%3D3%26playsinline%3D1%22%20frameborder%3D%220%22%20allowfullscreen%3D%22%22%3E%3C%2Fiframe%3E
Privacy statement. This embed will serve content from youtube-nocookie.com.
Please note that by playing this clip You Tube and Google will place a long-term cookie on your computer. Please see You Tube’s privacy statement on their website and Google’s privacy statement on theirs to learn more. To view the NYCLU’s privacy statement, click here.
The lawsuit, originally filed in 2010 in the U.S. District Court for the Northern District of New York, maintains that the repeated abuse of Tasers in Syracuse schools is the inevitable result of the city’s failure to train police officers about the difference between patrolling criminals on the streets and children in schools. It charges the city and two police officers with excessive force and violating two plaintiffs’ constitutional rights. The new plaintiff, Trevon Hanks, was attempting to make up coursework necessary to graduate on time after he suffered prolonged absences due to hospitalizations and complications related to his Type-1 diabetes. On June 19, 2012 – Hanks’ 18th birthday – he was instructed by his Henninger High School guidance counselor to complete geometry assignments in the school’s computer lab. But Hanks had trouble with the computer program. Frustrated that school officials would not help him with the program or let him take the work home with him, and scared he might not graduate, Hanks left the lab crying, laid down in the hallway, and called his mother. School staff asked him to leave, but he said he couldn’t go without his work. Although Hanks never threatened anyone and was lying on the ground, a school resource officer came and grabbed his arms and without warning shot the Taser directly into Hanks’ back. The officer then yelled for Hanks to put his arms behind his back, but Hanks was unable to move due to the shock and pain of the Taser. Hanks tried to explain he was diabetic and afraid of complications that may arise from the Taser, but the officer shot the Taser into him a second time. Hanks body went limp, allowing the officer to flip him over, shove his knee into the student’s back and shoot the Taser for a third and final time. “My whole body was vibrating and stinging and I couldn’t move – it was the worst pain I’ve ever felt in my life,” said Hanks, now 19 and a student at Monroe Community College in Rochester. “I was terrified and screaming, but he kept hurting me. School should be a safe place for kids. I don’t want anyone else to go through the pain I experienced.” Hanks was handcuffed, dragged – still unable to use his legs – and slammed against a cinder block wall before being taken to Onondaga County Justice Center. He spent the night in jail because officers didn’t finish his paperwork on time, where he fell ill because he didn’t have appropriate food or access to timely insulin to control his blood sugar level. Hanks was arraigned the next morning on charges of disorderly conduct, resisting arrest and criminal trespass, all of which were eventually dismissed. Despite experiencing pain for several days, Hanks took a summer class and graduated in August 2012. Hanks has no criminal record, has had no altercations with law enforcement outside of this incident, and is a good student. Hanks joins Andre Epps in the lawsuit. Epps, a 15-year-old Fowler High School student in 2009, was trying to break-up a fight between two female classmates when, without warning, a school resource officer fired a Taser into the group of students. Epps, who was not resisting any lawful order, was painfully shocked and incapacitated by the Taser before being handcuffed and arrested. He was never charged with any crime as a result of the incident. The NYCLU’s lawsuit charges that the repeated abuse of Tasers in Syracuse schools is the inevitable result of the city’s failure to appropriately train and supervise the armed police officers, known as “school resource officers,” who work in Syracuse Public Schools. These officers are trained on how to use Tasers when patrolling the city’s streets, not school hallways and playgrounds. Furthermore, the Syracuse City Police Department’s policy on when officers can use Tasers makes no distinction between adults or children, and does not discourage the use of Tasers on people with known medical conditions or who are only passively resisting. The guidance also fails to put Tasers on a “use of force continuum” that requires officers to respond with a level of force appropriate to the situation at hand. Finally, the policy does not provide guidance on the two different modes of a Taser – “dart probe use,” a shot that incapacitates the muscular system, and “drive stun,” a shot that is intended to cause severe pain, except post-deployment. “Basic behavioral or disciplinary issues should never be met with violence, weapons or police tactics,” said NYCLU Attorney Erin Beth Harrist, lead counsel on the case. “The Taser incidents in Syracuse schools undermines everything educators, parents and students are working toward. The whole school environment falls apart when there’s an incident like what happened to Trevon or Andre. Children should feel safe and secure in school, not terrified they’ll be abused and arrested.” The lawsuit asks the court to declare that the officers’ actions against Hanks and Epps violated the U.S. Constitution and state law.
Related Issues

Here’s What Rochester Students Need Instead of Police in Schools

Letter to Board of Regents on DEI Framework

The Backlash Against Racial Justice Has Come to NY Schools