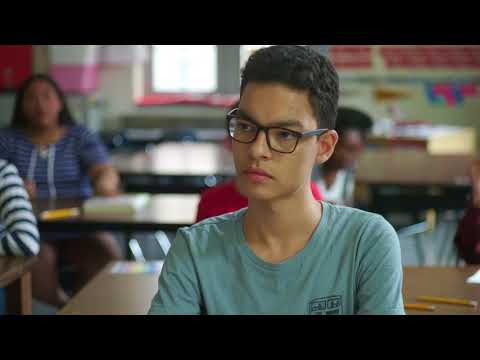 The New York Civil Liberties Union today urged the City Council to expand and improve training for educators to prevent, identify and stop bullying and harassment. In testimony regarding the Department of Education’s response to bullying, harassment, and discrimination in city schools, NYCLU Executive Director Donna Lieberman also cautioned against the addition of more metal detectors in schools.

“When it comes to creating a positive school climate, we cannot settle for the status quo by doubling down on metal detectors or police officers in our schools,” said Lieberman of today’s hearing. “We have to dig much deeper and do the hard work of making sure every adult in the school building is part of creating a positive school climate. The city must put its money where its mouth is and ensure that all school personnel have the training and support they need.”

The NYCLU urged the City Council to invest the resources necessary to hire and train more counselors and social workers. It also called for ramping up the training of educators and school safety officers receive for recognizing and preventing bullying, harassment and discrimination, and suggested school employees should be trained in basic cultural competencies, including the needs of LGBTQ students. City schools are required to have at least one staff member trained to respond to bullying and harassment. However, the NYCLU’s testimony states that training for those individuals, who are called Respect for All liaisons, is inadequate and must be strengthened.

In the wake of the fatal stabbing of a student this September at the Urban Assembly School for Wildlife Conservation in the Bronx, the NYCLU has cautioned against increased use of metal detectors and added police presence in schools. Metal detectors further students’ negative interactions with law enforcement and have a disparate impact on Black and Latinx students. The NYCLU noted that school safety agents already outnumber guidance counselors and social workers by more than 1,000.

The NYCLU supports a bill introduced at today’s hearing that would require the DOE to list on its website the name and contact information of the designated Respect for All liaison at each school. The bill was introduced by Councilmembers Daniel Dromm, Donovan Richards and Carlos Menchaca. A recent survey by the NYCLU found that only 19 percent of students could correctly identify their RFA liaison, and 88 percent of students did not know that NYC schools are required to have a liaison. Only 63 percent of students said their school had one.

New York state’s Dignity for all Students Act (DASA) is one of the strongest school climate laws in the country, requiring all schools to report incidents of bullying. Yet nearly half of schools reported zero incidents of bullying, harassment or discrimination during the 2015-16 school year. The NYCLU said the DOE should do more to audit these schools to confirm compliance with the law and to ensure that no school is punished for accurate reporting.

Biden Could Save This Critical Education Program

These measures guard against overpolicing during pandemic