The New York Civil Liberties Union’s Teen Activist Project (TAP) today released a public service announcement encouraging New Yorkers to vote in the upcoming New York City election. “Our teen activists have taken on one of the pillars of our democracy,” NYCLU Executive Director Donna Lieberman said. “In just a few weeks New York City residents will have the opportunity to go to the polls to elect the city’s next mayor, what better time to remind them of the importance of the vote?” 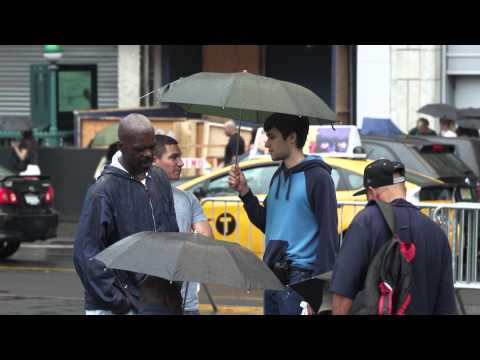 %3Ciframe%20width%3D%22425%22%20height%3D%22275%22%20src%3D%22%2F%2Fwww.youtube.com%2Fembed%2F11MHXEufeqA%3Flist%3DUUQHBeAa5mXpMS73lM1pkzuw%26autoplay%3D1%26version%3D3%26playsinline%3D1%22%20frameborder%3D%220%22%20allowfullscreen%3D%22%22%3E%3C%2Fiframe%3E
Privacy statement. This embed will serve content from youtube.com.
Please note that by playing this clip You Tube and Google will place a long-term cookie on your computer. Please see You Tube’s privacy statement on their website and Google’s privacy statement on theirs to learn more. To view the NYCLU’s privacy statement, click here.
Each year TAP members complete an advocacy project concerning a civil liberties issue of their choice. This year, they focused their efforts on encouraging New Yorkers to vote, specifically targeting young people who will have the opportunity to vote for the first time. In the 90-second video, TAP members are seen hitting the streets greeting unsuspecting New Yorkers with two simple questions: “Would you sign a pledge not to vote? What about if I traded you your vote for a candy bar?” New Yorkers gave a variety of responses: Many refused to give up their vote, recognizing that it’s a right that comes with responsibility and pride. Some, however, agreed to sign their vote away. Given that voter turnout was only 28 percent in the last mayoral election, TAP members wanted to send a clear message to all New Yorkers: Your vote is your voice—don’t throw it away! “I feel that voting is one of the most important things that citizens can do. Because we live in a democracy, there is virtually nothing that cannot be changed through the power of the ballot box,” said TAP member Arman Smigielski. “If you don’t like the way our education system is organized, vote. If you want to reform stop-and-frisk, vote. You can bring change if you vote.” The TAP members, inspired by the group’s experience at a voter registration drive, teamed up with freelance filmmakers Greg Harriott and Patrick Clark to devise the video’s concept and write the script. “Voting rights seem to resonate with every one of the TAP members,” said NYCLU Youth Organizer Deandra Khan. “They realized how putting power in the hands of leaders they believe in could have a major impact on many of the issues they advocate around.” Friday, Oct. 11 is the deadline to register to vote in the Nov. 5 citywide election. The TAP program engages New York City teens as organizers and peer educators on civil rights and civil liberties. The group of high school students from all five boroughs meets weekly at the NYCLU’s offices to learn about and discuss civil liberties and legal issues, reproductive justice, public speaking and activism. The students use that knowledge to educate their peers on a range of issues, including free speech and religion, racial justice, immigrants’ rights, students’ rights and the rights of pregnant and parenting teens.
Related Issues