The U.S. Border Patrol is using aggressive policing tactics far from the border in upstate New York to increase arrest rates with little regard to New Yorkers’ constitutional rights and freedoms, according to a report released today by the NYU Immigrant Rights Clinic, the New York Civil Liberties Union and Families for Freedom. The report, Justice Derailed: What Raids on New York Trains and Buses Reveal about Border Patrol’s Interior Enforcement Practices, is the first ever, in-depth analysis of the Border Patrol’s interior enforcement operations, including raids on domestic trains and buses, in upstate New York. It provides unprecedented insight into the agency’s aggressive enforcement practices miles from the border with Canada or any point-of-entry in to the country. “Our findings paint a disturbing picture of an agency that wrongly believes it has the authority to stop anyone at any time or place within 100 miles of the border and demand proof of their citizenship or immigration status,” said Nancy Morawetz, director of New York University’s Immigrant Rights Clinic. “Border Patrol tells Congress that it needs money to patrol the border, but instead it is using those funds to arrest and detain immigrants who have lived in the United States for long periods of time.” Throughout central and western New York in recent years, armed Border Patrol agents have routinely boarded trains and buses nowhere near the border to question passengers about their citizenship. Passengers who cannot produce sufficient documentation are subjected to potential arrest, detention and deportation. Through a Freedom of Information Act request, which is still being litigated, the report’s authors obtained a complete dataset of all transportation arrests in the Border Patrol’s Rochester Station from 2006 to 2009 and detailed information on a random sample of 200 of those arrests. The analysis shows that the Border Patrol is abusing its authority through an unprecedented reach into the country’s interior and the use of aggressive search and seizure procedures that do not comport with standards and expectations for domestic policing or interior immigration enforcement. It maintains that the transportation raids are likely the result of the use of arrest rates as a performance measure. The findings show that the Border Patrol’s aggressive tactics go far beyond its mandate to protect the border. “Upstate New York is not a Constitution-free zone,” said NYCLU Advocacy Director Udi Ofer. “The Border Patrol takes an extremely broad view of its mission that would disturb most Americans, who expect to be able to go about their daily lives without having to prove their citizenship status to armed government agents. These ‘show me your papers’ tactics belong in a police state, not the world’s oldest democracy.” While recent reports suggest that Border Patrol may have temporarily reduced its operations on trains and buses, the concerns raised in the report extend to Border Patrol activities on the state’s highways and on the streets of towns and villages in upstate New York. 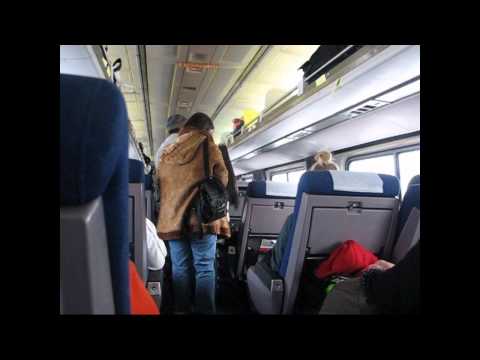 %3Ciframe%20width%3D%22425%22%20height%3D%22349%22%20src%3D%22http%3A%2F%2Fwww.youtube-nocookie.com%2Fembed%2F5DVFPjfPf8s%3Frel%3D0%26amp%3Bhd%3D1%26autoplay%3D1%26version%3D3%26playsinline%3D1%22%20frameborder%3D%220%22%20allowfullscreen%3D%22%22%3E%3C%2Fiframe%3E
Privacy statement. This embed will serve content from youtube-nocookie.com.
Please note that by playing this clip You Tube and Google will place a long-term cookie on your computer. Please see You Tube’s privacy statement on their website and Google’s privacy statement on theirs to learn more. To view the NYCLU’s privacy statement, click here.
Among the report’s key findings from its study of the Rochester Station: “The Border Patrol’s aggressive and bias tactics have little to do with protecting the border,” said Abraham Paulos, director of Families for Freedom. “They tear apart our families and our communities miles away from the border. They undermine the safety of immigrant communities and instill fear by detaining people who were stopped and arrested while going about their everyday lives.” The Border Patrol defends its aggressive policing practices in the county’s interior by citing federal regulations that ostensibly give it authority to operate within 100 miles of the border. In New York State, about 97 percent of the population lives within 100 miles of the border. The full extent of the Border Patrol’s interior enforcement practices remains unknown, but community groups have documented abuses of power that extend beyond the transportation system and into our state’s towns and villages. These concerns include complaints of Border Patrol agents wrongfully stopping, questioning and arresting individuals, including Latino United States citizens, and engaging in improper enforcement practices in close collaboration with state and local police. The report concludes with a series of recommendations for federal and state officials, including:
Related Issues

Your Rights After Cannabis Legalization in New York

Keep NY out of ICE's cruelty

New York for All Call Script

NYCLU Asylum Client Arrives in NY After Year Forced to Remain in...