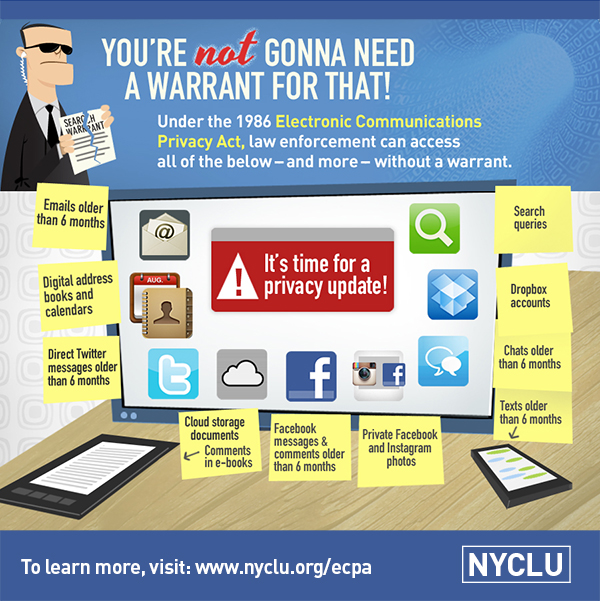 Existing privacy laws require the police to get a warrant before searching your photos, files, letters and other physical documents. Now that technology has advanced, state laws need to be updated to require the same warrant protections when the police want to track your phone or read your emails, text messages or other digital documents. The New York State Electronic Communications Privacy Act (or “NY-ECPA”) will require the police to get a warrant from a judge before they can snoop through your digital life and will protect New Yorkers from unjustified government access to their mobile devices, email, text messages, digital documents, social media, metadata and location information.