New York Gov. Andrew Cuomo calls his state “the progressive capital of the nation,” but when it comes to public defense, New York is anything but.

The New York Civil Liberties Union released a video  last week, calling on Gov. Cuomo and legislators to overhaul and properly fund the state’s failing public defense system. New York state leaves responsibility for public defense to its counties, creating an underfunded, patchwork, and unconstitutional system in which poor New Yorkers accused of crimes often do not receive adequate legal representation. Under the Sixth Amendment, every person is guaranteed an attorney regardless of their ability to pay. The new 60-second video, #LostInTheSystem, comes as the New York State legislature considers public defense within the state budget process, with a looming March 31 deadline. 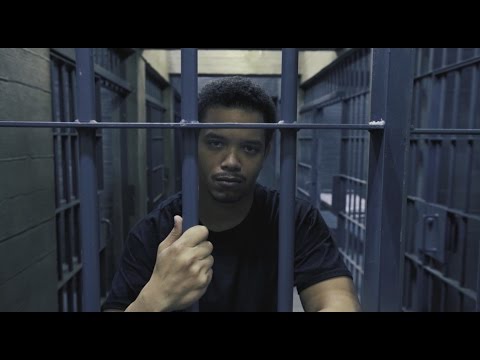 Poor New Yorkers who are accused of crimes often rely on public defense lawyers who are short on resources and have massive caseloads. Some attorneys spend just minutes with their clients while many poor New Yorkers languish in pretrial detention waiting for their lawyer to get to them. Unprepared to manage the criminal justice system, poor New Yorkers lose their jobs, homes, and families while often languishing in pretrial detention because their lawyers don’t have the time or resources to work on their cases. Sometimes the accused plead guilty even when they are innocent. This only fuels our mass incarceration problem.

The NYCLU has fought for more than a decade for systemic public defense reform. In a major class action lawsuit in 2007, the NYCLU charged that the understaffed, poorly resourced, and largely dysfunctional public defense system violates the U.S. Constitution, the state constitution, and the laws of New York. In one of his last acts in office, Attorney General Eric Holder submitted a statement of interest supporting the lawsuit, the first ever U.S. Department of Justice show of support in a state court proceeding on public defense. With pressure mounting, New York in 2014 agreed to a settlement on the eve of trial that brought sweeping public defense reforms to the five New York counties named in the litigation: Ontario, Onondaga, Schuyler, Suffolk, and Washington. The settlement laid the foundation for statewide reform

The NYCLU is calling on the governor and legislature to pass the Justice Equality Act to establish and uphold basic standards so that, rich or poor, all New Yorkers receive effective legal representation. Real systemic reform must include representation at first court appearance, limits on the caseloads public defenders can carry, proper training, supervision, and support staff for attorneys as well as access to resources needed to mount an effective defense.

We can’t let poor New Yorkers continue to get #LostInTheSystem any longer.

Op Ed: We must repeal the law shielding police misconduct

Testimony in support of Intro. 487 – The Public Oversight of...

Testimony on the NYPD's Body-Worn Camera Program Before the New...