In the summer of 2017, the NYCLU began receiving reports from families that their children were being picked up by Immigration and Customs Enforcement (ICE) following interactions with school officials or police. Immigrant teens have been suspended from school based on flimsy allegations of gang involvement, and later picked up by Immigration and Customs Enforcement officials and sent to restrictive detention facilities out of state. 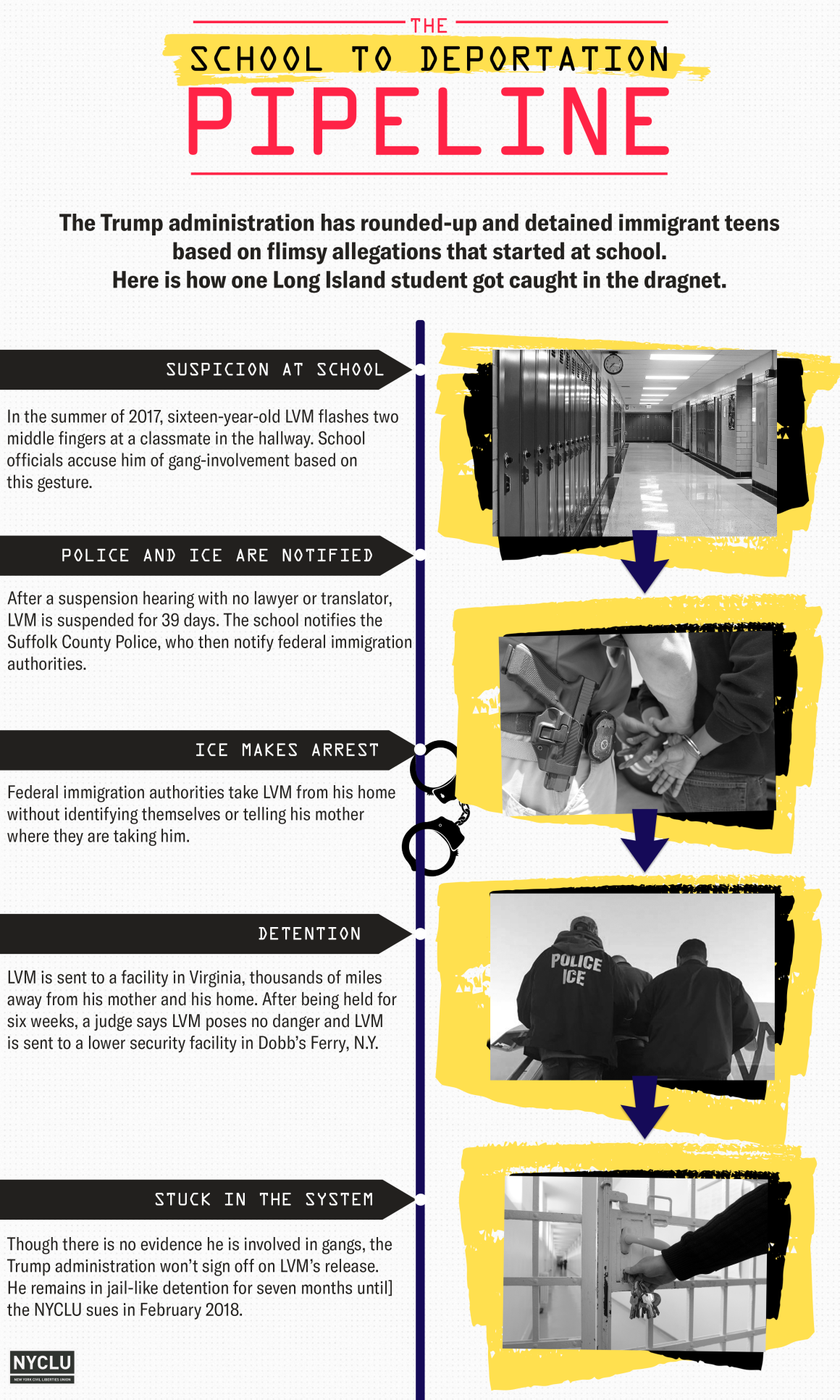