The Museum of Broken Windows

It is time for a change. New Yorkers are coming together for important conversations on policing and what it means to feel and be safe. Using art and creativity, the Museum of Broken Windows will provide a powerful and emotional experience that critically looks at the system of policing in New York. The Museum of Broken Windows is a project of the New York Civil Liberties Union. 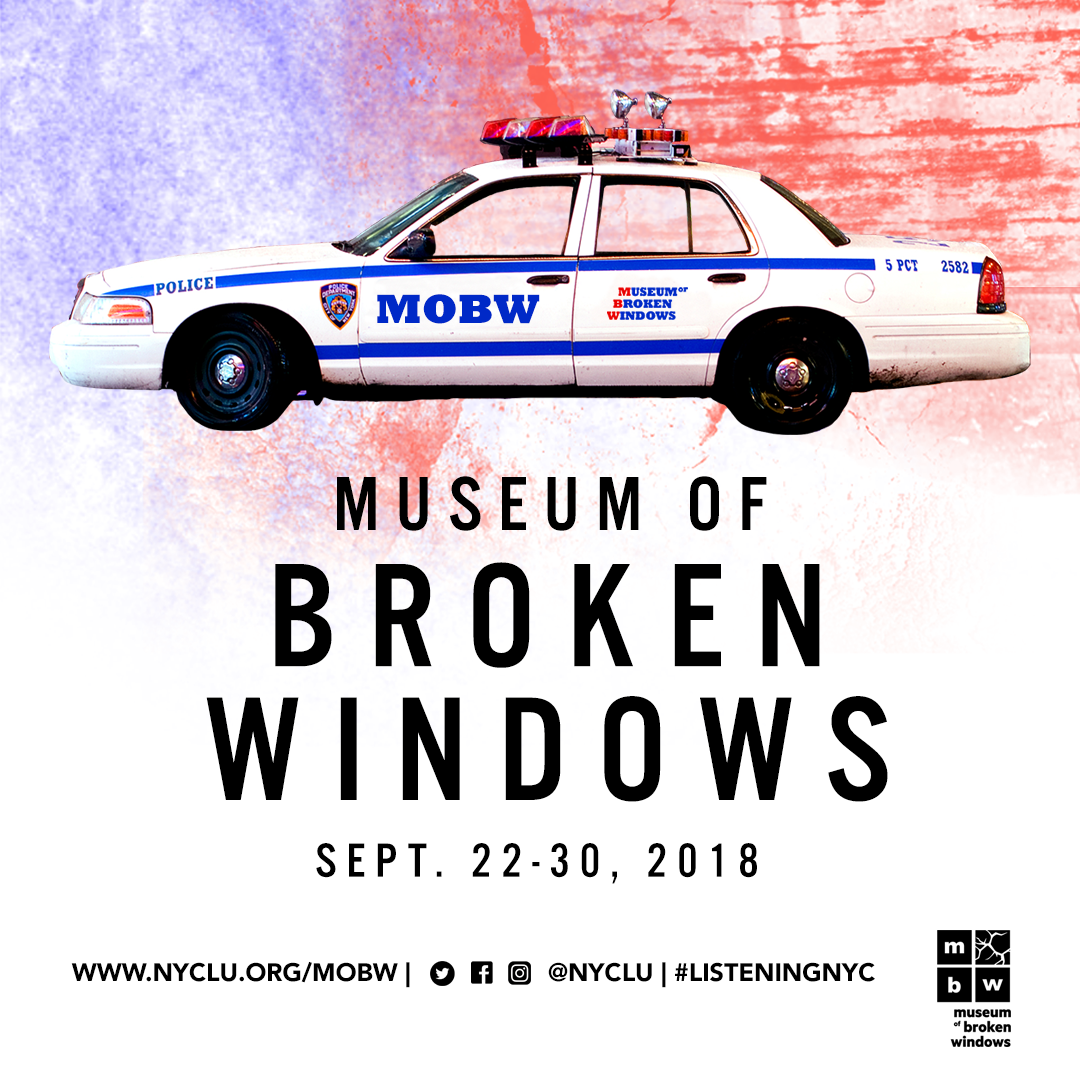 The broken windows theory is an academic theory proposed by social scientists James Q. Wilson and George Kelling in 1982. The academic theory, which first appeared in The Atlantic Monthly, states that signs of disorder in a neighborhood, like a broken window, encourages petty crimes and leads to more serious crimes. This postulation was adopted by the New York City Police Department and led to the criminalization of poverty and the over-policing of Black and Brown communities at disproportionate rates. The theory has never been proven to be effective at reducing crime.