With COVID-19 Exploding in Jails and Prisons, Cuomo Must do More

When the first cases of the coronavirus were reported in New York over a month ago, it was tempting to think of the virus as an equalizer. After all, celebrities, athletes, and other privileged people tested positive, reinforcing the idea that anyone could get the virus.

We know now that while the virus doesn’t discriminate, the pandemic has revealed the inequities in every part of our society. This is most starkly evident in our nation’s jails and prisons, where it is impossible for people to follow the life-saving practices – like social distancing, washing hands, and wearing masks – that health experts recommend. It’s no surprise that New York City jails have an infection rate that is seven times higher than the city at large, and nine times higher than the state.

Gov. Cuomo has led a valiant response to protect New Yorkers from the coronavirus. His actions have undoubtedly saved lives. But when it comes to saving the lives of people in jails and prisons, there is more the Governor can do.

The state’s inaction has cost lives. In New York City alone, there have been eight deaths and more than 1200 confirmed cases in the city’s jails, including correctional officers. Michael Tyson and Raymond Rivera died after contracting the coronavirus at Rikers. Both were in jail not because they committed crimes, but because they were accused of technical parole violations.

When someone is accused of violating parole, they are automatically jailed. The state is required to hold a hearing within 90 days to determine whether a violation actually happened. But during the coronavirus pandemic, these hearings have been suspended almost completely. That means people accused of minor infractions, like missing curfew or skipping a meeting with a parole officer, are automatically sent to jail, one of the most dangerous places to be in the middle of a pandemic.

While parole violations are a good place to start, thousands of other people in prisons and jails whose lives are gravely threatened by the coronavirus should also be released.

Last month, the Governor announced the state would consider releasing 1,100 people accused of low-level parole violations. But the process has been halting and opaque and hundreds of people who should be released remain behind bars.

The New York Civil Liberties Union and the Legal Aid Society sued the state earlier this month to demand opportunities for release of people jailed in New York City for alleged parole violations. The lawsuit revealed that, as part of its release determinations, DOCCS relies on scores generated by a so-called risk assessment tool.

These tools, meant to predict future criminals, are notoriously unreliable and biased against Black people. Beyond that, the scores assigned to people on parole were already factored in by the State’s Board of Parole when it decided these New Yorkers should be released.

People who are accused of minor infractions should not be locked up, especially during the pandemic. And while parole violations are a good place to start, thousands of other people in prisons and jails whose lives are gravely threatened by the coronavirus should also be released.

Studies show that older people released 6 months or even a year early are just as unlikely to re-offend. Gov. Cuomo should take steps to release people whose sentences end in the next two years and those who have served most of their sentences and have a record of good behavior while incarcerated.

The Governor should also use his clemency power to immediately release people who are especially at-risk of contracting the virus, including people older than 55 and those who have medical conditions identified by the Centers for Disease Control that put them in increased danger from the virus.

Last week the Governor announced the state would consider releasing people over the age of 55 who have 90 days or less remaining on their sentence and whose convictions were not violent felonies or sex offenses. This is helpful — and should happen quickly — but still not enough.

And there’s work for the legislature to do: when state lawmakers reconvene, we must pass the Less is More Act, which will safely release people from prisons and create lasting change to make our parole system more fair.

Our call for wide-scale releases come as white, wealthy, and well-connected federal prisoners like President Trump’s former lawyer Michael Cohen, former Senate Majority leader Dean Skelos, and high-profile lawyer Michael Avenatti have all been released from federal custody because of coronavirus. And there’s work for the legislature to do: when state lawmakers reconvene, we must pass the Less is More Act, which will safely release people from prisons and create lasting change to make our parole system more fair. Yes, of course their lives matter and we would never call for unnecessarily harsh and dangerous treatment of anyone, including them. But why doesn’t the criminal legal system demonstrate the same concern for the lives and health of the tens of thousands of Black and Latinx prisoners – including thousands who have been thrown back in jail for breaking curfew on parole or other technical violations – who could be sent to finish their sentences under house arrest?

Finally, this isn’t just about the lives of people who are incarcerated. Hundreds of corrections personnel have already tested positive for the virus. They return home every day to their families, putting all of our communities at risk.

The coronavirus teaches us that we ignore the most vulnerable at our peril. No one will be safe until we protect our health and well-being of everyone.

New York must act with political courage to protect all New Yorkers before it’s too late. 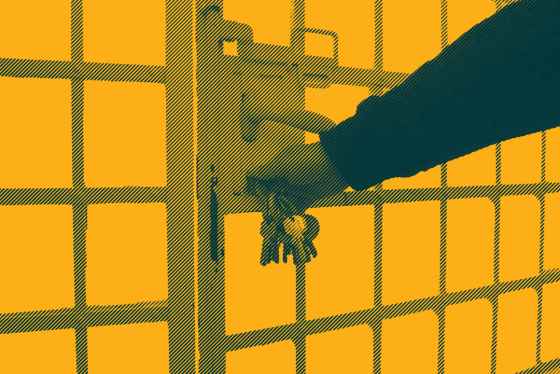