NY Must Fix These Four Voting Problems by November

We are asking the court to block the state Board of Elections from enforcing the 25-day cutoff, in turn ensuring New Yorkers who register at least 10 days before the election will be able to cast a ballot in November, the latest deadline currently allowed under the state Constitution.

The previous story is below.

The problems that plagued New York voters on Primary Day were predictable.

The COVID pandemic made holding elections the way we normally do impossible, forcing a number of last-minute changes. And though there were important efforts to expand absentee voting and to make sure that voters could safely cast their ballots in-person, a number of issues cropped up.

Tens of thousands of voters who requested absentee ballots didn’t get them by Primary Day.

Many people showed up to polling places to find that their voting location had changed, or that the site wasn’t open. And still other voters didn’t get the right ballots, or only received one page of a two-page ballot.

The vast majority of voters in New York typically vote in-person on the day of elections. But COVID makes business as usual extremely dangerous. New York faced the daunting task of transforming from a state where almost everyone votes the day of elections into one where nearly all voters cast absentee ballots.

That created a massive headache for boards of elections, including a ten-fold increase in the number of absentee ballot requests in New York City, compared to Primary Day in 2016.

Primary Day offered a massive stress test for elections in our state.

Gov. Cuomo took several steps to help expand absentee voting. He signed an executive order that allowed anyone who doesn’t want to vote in-person because of COVID to request an absentee ballot. And he also extended the deadline for sending absentee ballots through Primary Day. Before this change, absentee ballots had to be postmarked by no later than the day before the elections.

These are just some of the many changes to New York’s elections over the last few months. Some of these changes would normally take states years to make. Most local Boards of Elections across counties in New York did their best to roll with the punches, but their efforts still left too many voters disenfranchised.

We must do better.

Primary Day offered a massive stress test for elections in our state. There are real faults in the system that have to be addressed before Election Day in November, when the number of votes will increase significantly compared to June.

There are several steps legislators must take to fix these various problems.

First, we should start the process for absentee ballots for November much earlier. The legislature can pass a bill now to ensure that COVID constitutes a good cause for everyone to receive an absentee ballot.

To close the huge deficit in voter registration that we're seeing in 2020, the legislature should repeal the deadline to register to vote, which is 25 days ahead of the election, and require the New York City Board of Elections to implement the online voter registration system that the City has already funded and built.

Public interest in voting and registering to vote increases as elections draw closer and media coverage, campaign activities, and key endorsements ramp up. Prohibiting New Yorkers from registering to vote within the 25 days before the election—just when everything is heating up—is ridiculous in a day and age when 17 states and D.C. allow voters to register on Election Day itself.

New York’s early voter registration cutoff puts it in the bottom third of states—along with voter suppression luminaries like Georgia, Kentucky, and Texas.

For the June 23 election, the voter registration cutoff was May 29. Protests for police accountability and racial justice after the death of George Floyd only began in New York on May 28. That means that most people who took their civic engagement to the next level by registering to vote during the protests weren’t able to vote in important primary races.

We can’t let that happen in November, or ever again.

No matter how much the state expands absentee balloting, some New Yorkers will still need to cast a ballot in-person. There is a critical need for more money for BOEs to train and retain high-quality poll workers, particularly younger poll workers. The state and local government should expand opportunities and incentives for high school and college students, as well as public employees to become poll workers.

Cities and counties also need to do more to ensure a stable supply of poll sites in both public spaces and in private institutions that receive public financial support.

Finally, the New York Voting Rights Act would help alleviate many problems with voting in New York, including the issue of moving and closing polling places. NYVRA includes a provision that requires BOEs to preclear changes to polling places with the State Attorney General’s Office. NYVRA would also improve assistance to language minority voters and collect data that would allow BOEs to make better evidence-based decisions on a host of matters.

We need to equip voters with the tools necessary to fend off COVID’s attack on democracy. November will be here before we know it. 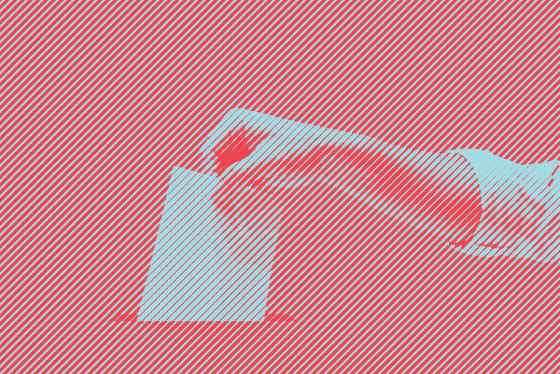 Four Things to Know This Election Season in NY

Voting with a Criminal Record

Voting in New York During COVID-19