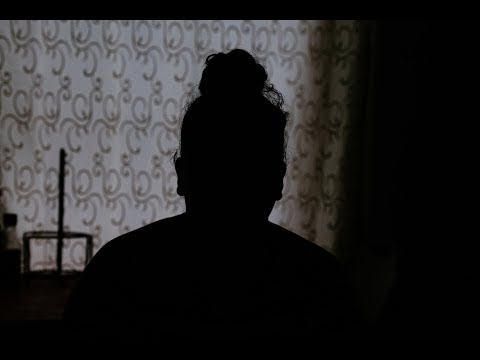 %3Ciframe%20width%3D%22560%22%20height%3D%22315%22%20src%3D%22https%3A%2F%2Fwww.youtube-nocookie.com%2Fembed%2FwDp2LMB1Sj4%3Fautoplay%3D1%26version%3D3%26playsinline%3D1%22%20frameborder%3D%220%22%20allow%3D%22autoplay%3B%20encrypted-media%22%20allowfullscreen%3D%22%22%3E%3C%2Fiframe%3E
Privacy statement. This embed will serve content from youtube-nocookie.com.
NEW YORK – The New York Civil Liberties Union today announced a class action lawsuit against the Office of Refugee Resettlement (ORR) for trapping immigrant children in prolonged detention. Though the agency is obligated to promptly reunify children with their families, the release of children who have been held in restrictive detention has nearly ground to a halt under a new policy that requires sign-off by the ORR director, a Trump administration appointee.
The lead plaintiff in the class action is a 17-year-old boy, LVM, who was taken from his home on Long Island in July 2017 as part of the Trump administration’s crackdown on purported MS-13 gang members. LVM, who has no criminal record and no gang involvement, has been detained and separated from his mother for over seven months, though an immigration judge, local ORR supervisor, and every caretaker in the facilities where he is housed have concluded that he poses no danger. The NYCLU believes that more than 40 children would qualify as part of the class of immigrant teens detained indefinitely.
“The Trump Administration is trapping children, many of whom came to New York to escape trauma and violence, in purgatory, separating them from their families and upending their lives,” said Donna Lieberman, executive director of the New York Civil Liberties Union. “It is bad enough to arrest kids based on flimsy evidence, but it’s hard to fathom the cruelty of keeping them locked up even after the government’s own judges and caseworkers have said they should go home.”
LVM fled to the U.S. with his mother and younger brother in May 2016 after gang members targeted him in El Salvador. The family applied for asylum and remains in immigration court proceedings. LVM is one of dozens of teens who were swept up and detained by ICE in New York as part of the Trump Administration’s crackdown based on reports to police from his high school. He had been suspended from Bellport High School  in Suffolk County for flashing two middle fingers at a classmate, a gesture school officials mistook to be gang-related.
In ORR materials cited in the NYCLU lawsuit, the agency later vaguely accused LVM of wearing “gang apparel” and having “gang tattoos.” LVM has no tattoos whatsoever. The NYCLU reported in July 2017 that ICE had begun arresting teens based on unsubstantiated and vague allegations of gang involvement, and warned ORR in a letter in July that placing minors in restrictive detention without cause, often thousands of miles away from home, violates their rights.
In June 2017 ORR changed its policies to require that the ORR director or deputy must personally sign off on releasing any child who is currently or had ever been held in secure or staff-secure facilities. Only a handful of children subject to this new policy have been released under the leadership of Trump-appointed director Scott Lloyd.
Most children who remain detained under the new policy have never been accused of gang involvement. In December 2017, the NYCLU challenged the four-year detention of a 15-year-old boy, JMRM, whose release from ORR was stalled because he had spent time in a staff-secure facility a year and a half earlier. His placement there was the result of behavioral issues that stemmed from poorly-supported mental health and past trauma. Shortly after the NYCLU filed its lawsuit, ORR released him.
“The Trump administration has completely subverted the laws designed to protect vulnerable immigrant children in the care of the Office of Refugee Resettlement,” said Paige Austin, lead counsel and staff attorney at the NYCLU. “Now, long after they should be reunited with their families, immigrant teens are being indefinitely detained while they wait for Trump administration officials to sign off on their release.”
In July 2017 ICE sent LVM to a secure facility in Virginia. Because staff there quickly concluded there was no need for him to be in a secure facility, LVM was sent back to New York to an ORR facility in Dobbs Ferry. Throughout his time in custody, LVM has had an exemplary behavior record and no evidence of gang involvement; in December, an immigration judge ruled that he does not pose a danger or flight risk.
“They keep asking me for more and more paperwork and I keep coming back with documents,” said LVM’s mother, Edith Esmeralda Mejia de Galindo. “My son asks why is it taking so long and all I can tell him is to have patience, behave well and pray that soon he can come back home to me.”
“This cruel dragnet by the Trump administration has devastated immigrant families on Long Island,” said Irma Solis, director of the Suffolk County NYCLU chapter. “Children have been taken from their parents and guardians without warning, sent hundreds or thousands of miles away and then kept locked up for months with little explanation or evidence. Not another day should pass before they are allowed to go home.”
In addition to Austin, NYCLU staff on the case include associate Legal Director Christopher Dunn, Staff Attorney Aadhithi Padmanabhan, Legal Fellow Scout Katovich, Suffolk Chapter Director Irma Solis, Investigator Paula Garcia-Salazar and Paralegal Andrea Barrientos.
Related Issues

Testimony on the Preliminary Budget for Fiscal Year 2023