Lawsuit Challenges Shameful Exclusion of Farmworkers from Right to Organize

Farmworkers are excluded from the critical protection of the right to organize without fear of retaliation under New York state’s labor law, a violation of the state constitution that forces them to work in life-threatening, sweatshop-like conditions, according to a lawsuit filed by the New York Civil Liberties Union on behalf of farmworker Crispin Hernandez, the Workers’ Center of Central New York, and the Worker Justice Center of New York against New York state and Governor Cuomo today in the State Supreme Court. It is the first lawsuit that demands that farmworkers receive the same basic protections from the state that virtually every other worker receives. “It’s a shame for New York that in 2016, a holdover, racist policy from the Jim Crow era prevents farmworkers from organizing to improve their brutal work conditions,” said Donna Lieberman, executive director of the New York Civil Liberties Union. “Enough is enough. Farmworkers who we depend on to put food on our tables deserve no less dignity and humanity than any other hardworking New Yorker.” 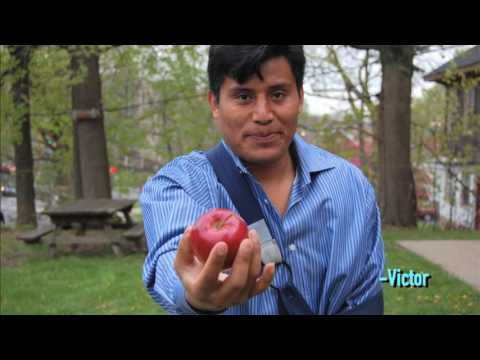 Plaintiff Crispin Hernandez was fired from one of New York’s largest dairies, Marks Farms LLC in Lowville, after his employer saw him meeting with co-workers and an organizer to discuss workplace conditions, even though it was after work hours and in a worker’s personal residence. Hernandez, who had been working 12 hour shifts six days a week at Mark’s Farms for three years since he was a teenager, lost both his job and his home. The other plaintiffs, WCCNY, a group that organizes and advocates for low-wage workers, and WJCNY, an organization that seeks justice for farmworkers through advocacy and legal representation, have both been unable to provide critical supports to farmworkers because they are unconstitutionally excluded from protections for organizing. “Without farmworkers there would not be milk, fruits or vegetables, but we are treated like slaves and worse than the cows,” said Hernandez. “We want to be able to improve our working conditions without fear or intimidation. We believe our lives are important and that all human beings deserve to be treated with dignity and respect.”

Farming in New York is a multi-billion dollar industry, with sales of $6.36 billion in 2014. The state’s approximately 60,000 farmworkers are critical to making New York a national leader in farm produce and the fourth largest dairy producer in the country. Nonetheless farmworkers, who often come to the United States to save their families from crippling poverty in their countries of origin, make on average wages that are well below the poverty level. They often live packed together in labor camps with plantation-like conditions, amid infestations of rats, cockroaches and bed bugs, where they are usually isolated without regular access to transportation. Most are racial minorities who do not speak English, and as many as 75 percent are undocumented, a fact supervisors use to intimidate them into silence. Moreover, farmworkers are excluded from the workplace protections afforded to nearly all other workers, including a day of rest, overtime pay, disability insurance and the right to organize without retaliation.

“Because of an 80-year-old outdated law, poverty, fatalities and legally-sanctioned discrimination are a way of life for tens of thousands of people working in New York,” said Erin Beth Harrist, senior staff attorney at the NYCLU and lead counsel on the case. “New York must reject the farmworker exclusion for violating our constitution, progressive values and commitment to human rights.”

This combination of poverty, isolation, and lack of permanent legal status and language access makes farmworkers among the most exploited groups in the American labor force. They operate sophisticated and dangerous machinery at grueling rates and use toxic chemicals, often without enough training. Their fatality rate is 20 times that of the average worker in New York. Some report working as much as 90 to 95 hours a week. Farmworker women face one of the highest rates of sexual harassment and abuse, including rape, across industries. Organizing could be a critical tool for farmworkers to improve the exploitative, agricultural sweatshop-like conditions they face because farm owners – who often view workers as disposable – readily fire individuals for trying to improve the workplace. Because they are under-resourced and isolated, farmworkers also organize to build community and meet basic needs, including meeting with other workers outside of work hours to learn about job trainings, access to clinics and English classes. Under the New York Constitution, all workers have a right to organize and collectively bargain.

Today, New York has the highest union membership rate in the nation. Recently, New York has made tremendous steps forward for fair labor practices, including adopting paid family leave and a path forward to a $15 minimum wage. Many of these successes have been due to workers’ ability to effectively organize. “Farmworkers’ labor brings food, nutrition and money to New York state,” said Rebecca Fuentes, lead organizer at the Workers’ Center of Central New York. “It’s a shame the state excludes them from one of our most important protections: the right to collectively bargain without fear. This lawsuit is an avenue to get some justice.”

However, the State Employment Relations Act does not protect farmworkers from organizing without retaliation. The act was passed with the intention of importing federal Depression Era-protections for workers into state law, but in doing so imported a carve-out for farmworkers, the majority of whom were black at the time, that accommodated the racist politics of segregationist members of Congress. This exclusion now applies in New York to farmworkers who today are for the most part immigrants from Mexico and Central America. New York has long been aware of the discriminatory exclusion of farmworkers. Twenty-five years ago, a task force commissioned by then Governor Mario Cuomo released a report describing farmworkers as “relatively defenseless and powerless,” and called for an end to their exclusion from the state labor law to “begin the slow and difficult process for redressing these inequities.” Yet nothing has been done since to end this discrimination.

In its lawsuit, NYCLU contends that the exclusion of farmworkers from protections for organizing violates the right to organize, equal protection and due process under the New York Constitution. The NYCLU asks the State Supreme Court to declare this exclusion unconstitutional and to ensure that farmworkers such as Mr. Hernandez can seek justice when their right to organize is violated. In addition to Harrist, lawyers on the case include Aadhithi Padmanabhan, Jordan Wells, Arthur Eisenberg and Chris Dunn. 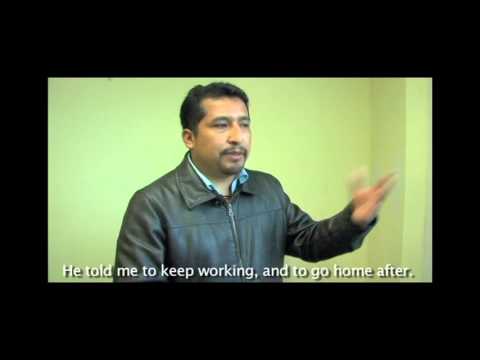