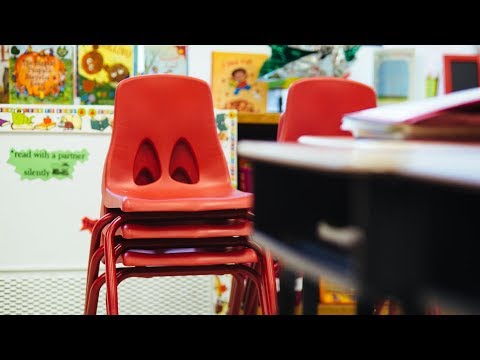 The New York Civil Liberties Union and Latham & Watkins LLP filed a lawsuit today challenging the at-large method of electing members of the East Ramapo Central School District Board of Education. The at-large system unlawfully denies black and Latino citizens in the district an equal opportunity to elect candidates of their choice.

Under this system, board members are elected by all the voters of the school district rather than voters from individual geographic areas. This allows the majority community – which is white, lives close together, and tends to vote as a political bloc favoring private school education – to control eight of the board’s nine seats. Communities of color, who tend to vote as a bloc for candidates favoring investment in public schools, have not seen their candidates of choice win a contested seat since 2007.

“The East Ramapo school district has effectively disenfranchised the black and Latino community and allowed white residents to hijack the school board in service of the lily-white private schools,” said NYCLU Executive Director Donna Lieberman. “The East Ramapo school board has brazenly diverted taxpayer funds to bankroll white private schools and destabilize public schools. Their policies have compromised the education and well-being of thousands of black and Latino children. The disenfranchisement and degradation must end.”

More than 99 percent of East Ramapo Central School District’s 27,000 private school students are white, while 96 percent of the nearly 8,500 public school students are children of color. Between 2009 and 2014, the board presided over severe cuts to public school budgets. A 2014 State Education Department report found that during this period the board eliminated over 445 positions in the district, including 200 teachers, as well as all social workers, deans and elementary school assistant principals.

Cuts have led to a precipitous decline in school quality. Only 22 percent of students in grades 3-8 are proficient in English and only 19 percent are proficient in math. In 2016, Spring Valley High School and Ramapo High School had the lowest graduation rates and highest dropout rates of all public high schools in Rockland County. East Ramapo’s reputation is so damaged that this year the adjacent Ramapo Central School District changed its name to the Suffern Central School District, distancing itself from its troubled neighbor. 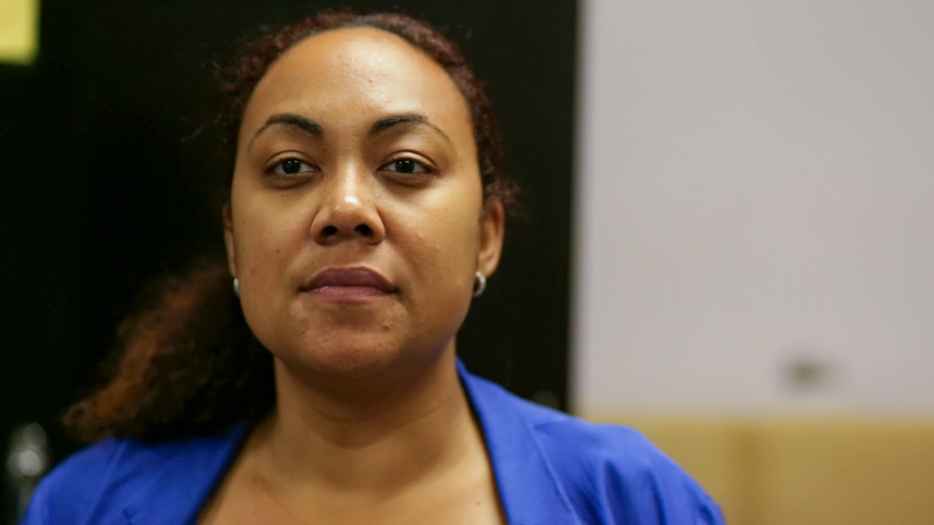 “I’m very concerned about my children’s education and about their educational environment,” said district resident and plaintiff Chevon Dos Reis (pictured above), who went to public schools in the district, sends her three children there, and who ran for a seat on the school board. “It’s upsetting and frustrating to know that teachers and staff are not as accessible to our children as they were when I was growing up because so many positions and programs have been cut.” 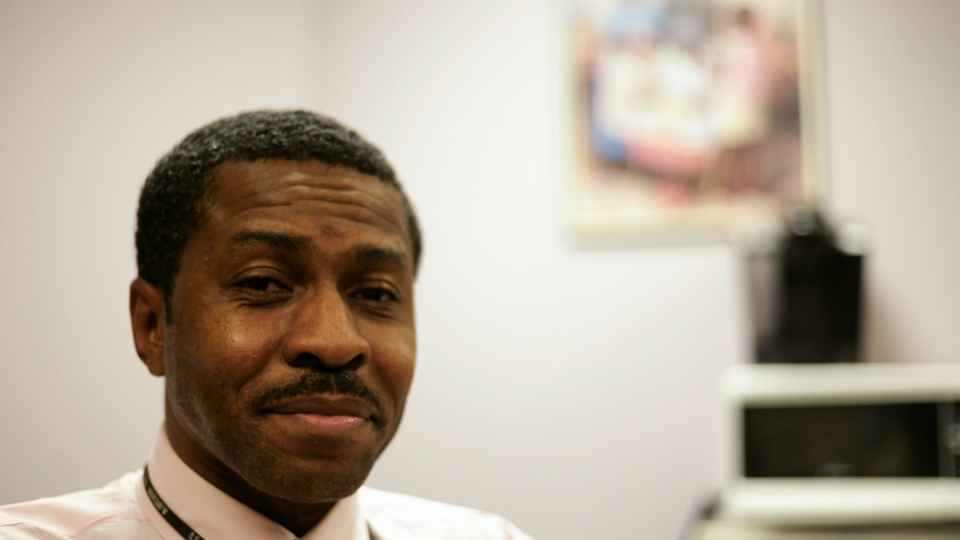 “When I ran for a seat on the school board, I wanted to make a difference. But because of the current voting system, my voice was stifled,” said district resident and plaintiff Eric Goodwin (pictured above), whose 12-year-old son goes to public school in the district. “We need people on the board with a vested interest in what is best for our public school children. That’s the only way that students like my son will be given the tools they need to succeed.” 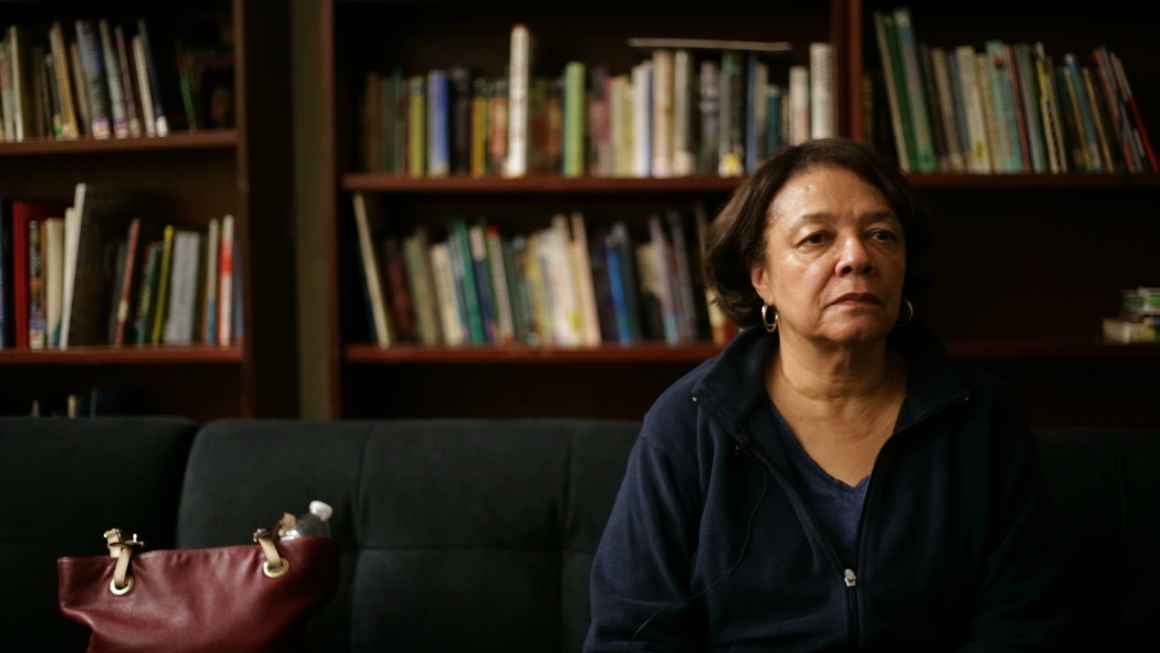 “The parents who have kids in the school district today are not able to elect people who represent them and the interests of their children,” said district resident and plaintiff Dorothy Miller (pictured above), whose children attended public schools in the district. “No matter how many doors we knock on, how many flyers we pass out, we just haven’t been able to win.” 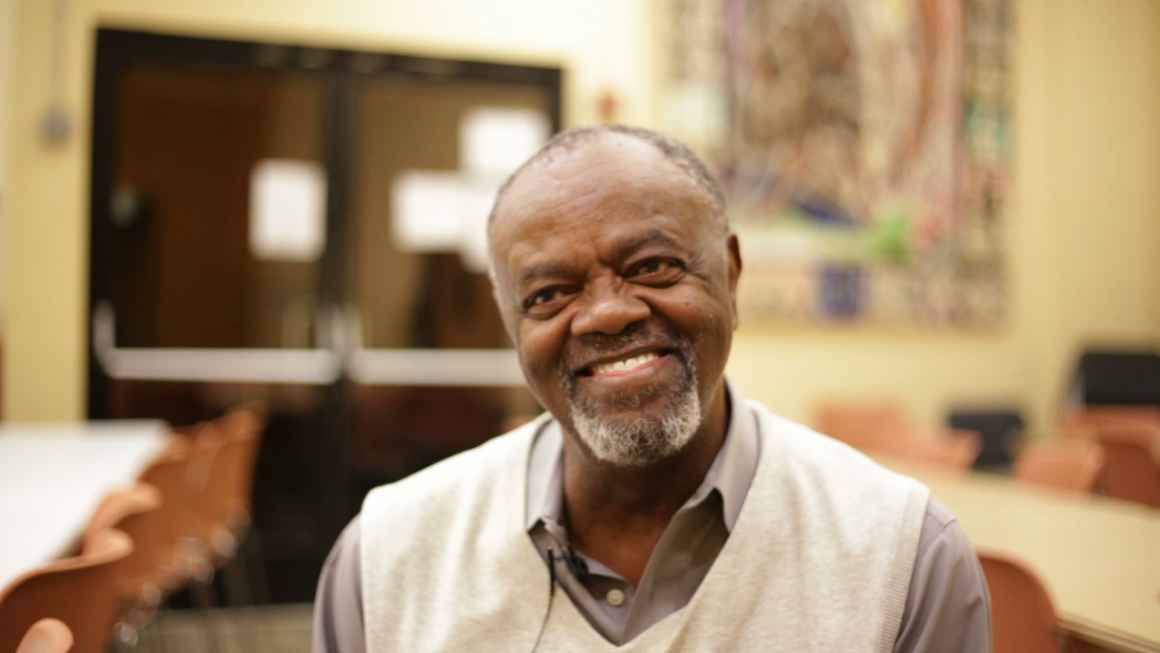 “The NAACP has long advocated for justice in public education, going back to 1943 in Hillburn, Rockland County and to Brown vs. Board of Education in 1954,” said Willie Trotman, President of Spring Valley NAACP chapter (pictured above). “This is a very diverse community, whose students deserve a good education. But right now we don’t have an adequate number of public school advocates on the school board, and we are not able to elect them because of the current election system.”

The only candidate currently on the school board who was elected with the support of black and Latino voters is Sabrina Charles-Pierre, who the board initially refused to seat for the full two-year term to which she was elected in May of last year. A bill signed into law by Gov. Cuomo this year restored Charles-Pierre’s full term.

Today’s lawsuit charges that the school board’s at-large voting scheme violates Section 2 of the Voting Rights Act of 1965, which prohibits voting practices that discriminate on the basis of race, color or minority status. The suit demands the board hold no further elections until a ward system is in place, calling for nine single-member districts.

“This case is an extreme example of a common problem facing racially diverse school districts nationwide,” said NYCLU Senior Attorney, Perry Grossman. “The toxic combination of at-large election systems and racially-polarized voting often prevents minority voters from holding school boards accountable for providing their children with quality public education services. Thankfully the Voting Rights Act provides a remedy to change a system that has alienated minority students, parents, and residents from the school district, and that has fostered deep resentment across the community.”

“For many years, students and parents in the East Ramapo school district have seen the school board starve their public schools,” said NYCLU Lower Hudson Valley Chapter Director Shannon Wong. “Because of the District’s deep cuts to teachers, staff, facilities, and academic and extracurricular programs, we’ve seen public schools in the district become some of the worst in the county. Black and Latino residents need a real chance to vote for board candidates who reflect the interests of the public school community.”