The New York Civil Liberties Union today sent the New York State Department of Transportation, the New York City Department of Transportation and the NYPD formal legal requests for information on how they use E-ZPass readers to track and record New Yorkers’ movements. The request was filed after several recent press reports documented the use of E-ZPass readers to collect information on law-abiding New Yorkers far from toll plazas. “New Yorkers have a right to know if their use of toll-paying technology is secretly being used to track their innocent comings and goings,” said NYCLU Executive Director Donna Lieberman. “No one should have to trade their privacy to pay a $10 toll.” NYCLU Legislative Counsel Nate Vogel recently investigated if the use of E-ZPass readers is widespread when he drove around New York City with a privacy activist who developed a device that looks like a cow and lights up every time it detects an E-ZPass scanner. The NYCLU’s video shows the device going off almost constantly during a drive through Midtown and Lower Manhattan — in areas free of toll collection booths. In the area around 34th Street and Seventh Avenue, the cow lit up continuously for several blocks. It even detected a signal directly in front of the NYCLU’s office in the Wall Street area. Watch the NYCLU E-ZPass video below: 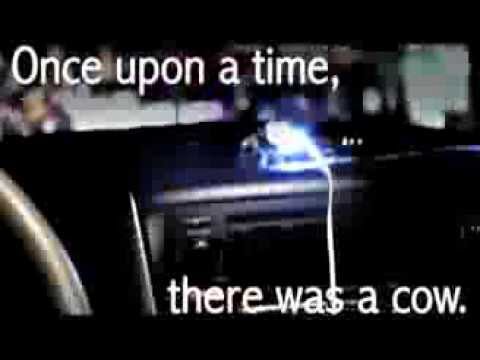 %3Ciframe%20width%3D%22560%22%20height%3D%22315%22%20src%3D%22%2F%2Fwww.youtube-nocookie.com%2Fembed%2FHQTdpFAo7eQ%3Fautoplay%3D1%26version%3D3%26playsinline%3D1%22%20frameborder%3D%220%22%20allowfullscreen%3D%22%22%20allow%3D%22autoplay%22%3E%3C%2Fiframe%3E
Privacy statement. This embed will serve content from youtube-nocookie.com.
Please note that by playing this clip You Tube and Google will place a long-term cookie on your computer. Please see You Tube’s privacy statement on their website and Google’s privacy statement on theirs to learn more. To view the NYCLU’s privacy statement, click here.
“An E-ZPass is a great convenience, but the technology in it can easily be misused. Given the potential for abuse when the government systematically starts collecting information about the day-to-day activities of law-abiding people, it is essential that there be clear and explicit limitations on how E-ZPass readers are used,” Vogel said. “The public should know if, how and why we are being tracked.” Drivers enroll in E-ZPass and carry tags in their cars so that they can pre-pay their tolls and eliminate the need to stop at a toll plaza. The problem with this technology lies in how the data is used and stored and there has been little explanation from government entities about placement of these readers away from tolls and bridges. The NYCLU’s Freedom of Information requests specifically seek information about the criteria and purpose for installing E-ZPass readers; the location of E-ZPass readers, including, any information distinguishing those used to collect tolls and those used for other purposes; privacy policies and marketing materials describing the types of data that can be collected by E-ZPass readers, when it will be collected and how it will be used; and how the New York City Department of Transportation shares data with other entities, including but not limited to the NYPD, the FBI and the Drug Enforcement Administration. Working with Vogel on the FOIL requests is NYCLU Attorney Mariko Hirose.
Related Issues