Project Liberty, the New York Civil Liberties Union’s television show, is back and broadcasting across New York City. Our sixth episode – now available on YouTube – highlights the experiences of New York City public school students who encounter metal detectors, overly-aggressive policing and other challenges as they pursue their constitutional right to education. “All children deserve safe, secure and supportive learning environments,” said NYCLU Executive Director Donna Lieberman. “Sadly, in some schools what used to be a teachable moment now too often ends with police involvement. No child should end up in the police precinct when what he really needs is a trip to the social worker or guidance counselor.” 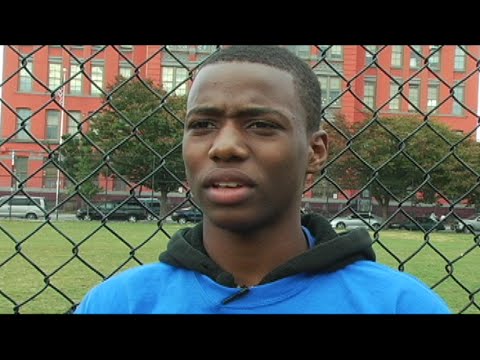 %3Ciframe%20width%3D%22560%22%20height%3D%22315%22%20src%3D%22https%3A%2F%2Fwww.youtube.com%2Fembed%2FDXR51vZCfVY%3Fautoplay%3D1%26version%3D3%26playsinline%3D1%22%20frameborder%3D%220%22%20allowfullscreen%3D%22%22%20allow%3D%22autoplay%22%3E%3C%2Fiframe%3E
Privacy statement. This embed will serve content from youtube.com.
Please note that by playing this clip You Tube and Google will place a long-term cookie on your computer. Please see You Tube’s privacy statement on their website and Google’s privacy statement on theirs to learn more. To view the NYCLU’s privacy statement, click here.
The episode comes as New York City is beginning to reform discipline and school climate, a process that includes the NYCLU among other advocates. As part of that work, Lieberman is an appointed member of the School Climate Leadership Team, the body which has been tasked with advising the city on ways it can improve student safety and dignity. The new episode will broadcast on public access channels throughout the city and features teens and educators from across New York City. It also highlights the NYCLU’s class action lawsuit challenging illegal arrests and excessive force in city public schools. “No child should have to check their rights at the door to go to schools – but many New York City students do,” Lieberman said. “This episode provides an inside look at what many students experience every day just for trying to go to school.”
Related Issues