The NYC ICE Office Has Pretty Much Stopped Releasing People 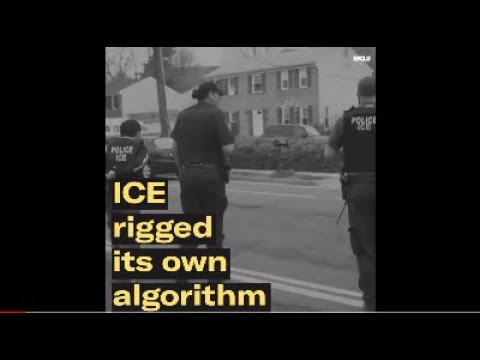 As a result of this ruling, many people who are in ICE detention in New York must be promptly evaluated for release. This expedited decision provides much-needed relief for people in detention who are exposed to the increasing threat of coronavirus spreading through crowded jails.

The NYCLU has uncovered proof that the New York City-area federal immigration officials are keeping thousands of people arrested for civil immigration offenses in jail unlawfully while they wait for their immigration cases to be resolved.

ICE is keeping virtually all of the people the agency has apprehended over the last three years locked up, despite its legal obligation to consider whether release is appropriate within 48 hours of arrest. As recently as 2016, nearly half of those arrested on civil immigration offenses and deemed a low risk by the government were released quickly while their immigration cases moved forward.

ICE’s actions mean people must wait for weeks or even months before they get a chance to ask a judge to order their release, even when they pose no safety or flight risk. People are ripped away from their family, risk losing their jobs, and have their lives upended all because ICE has decided that almost nobody gets out.

The NYCLU uncovered proof of ICE’s recent policy change after we submitted a Freedom of Information Act request and then were forced to sue ICE in federal court for denying the request.

The data show that starting in 2017, ICE’s New York Field Office all but eliminated bond or release for people awaiting immigration hearings. From 2013 to June 2017, approximately 47 percent of those deemed to be low risk by the government were granted release. From June 2017 to September 2019, that figure plummeted to three percent.

The sharp drop in release rates is even more dramatic given the spike in arrests made by ICE and the expansion of arrests to include those without criminal histories under the Trump administration’s “zero-tolerance” policy. During the administration’s first year in office alone, ICE arrests of people in New York with no criminal history who resided in the United States for ten or more years increased by 334 percent.

ICE’s actions mean people must wait for weeks or even months before they get a chance to ask a judge to order their release, even when they pose no safety or flight risk.

Last week, the New York Civil Liberties Union and the Bronx Defenders filed a lawsuit exposing this devastating new policy, and challenging the practice of keeping almost everyone behind bars. Separating families and illegally locking up immigrants has been a hallmark of the Trump Administration, and that’s exactly what this lawsuit is trying to stop.

Federal law requires ICE officers to make individualized custody determinations within 48 hours or arrest based on whether a person poses a flight risk or threat to public safety. But one of the ways ICE is clamping down on releases is by rigging the risk assessment algorithm the agency uses to determine whether someone should be set free, allowed out on bond, or confined.

Since 2013, the agency has used the tool, which considers factors like a person’s family ties, connections to community, time in the country and community, and criminal history. But the data show that this tool, which ICE offices use nationwide, was manipulated, most recently in mid-2017, to remove its ability to recommend anyone be released. The tool can now only make one substantive recommendation: detention without bond.

The New York City office abides by these blanket no-release recommendations despite the fact that, by law, agents can use their own discretion to override the algorithm’s determinations. As a result, people are being denied release even when ICE’s own criteria show that a person poses no flight risk or public safety threat.

These decisions have concrete consequences for people trapped in Trump’s immigration dragnet. When ICE decides not to release someone after their initial assessment, they remain incarcerated at least until their first appearance before an immigration judge, and often significantly longer, even if they are eligible for release under the government’s own criteria.

The time between when people are detained and when they first see a judge has varied wildly, and as recently as late 2018 in the New York City area the median wait time was nearly three months— up from 42 days in 2017, and 11 days in 2014. In 2018 the NYCLU, the Bronx Defenders, and the Cardozo Law Immigration Justice Clinic filed a class action lawsuit over the lengthy delays.

People’s rights can’t just be snuffed out because ICE wants to keep everyone locked up. The agency is required to make individual assessments, not outsource its cruelty to a hijacked algorithm.