The Pandemic is No Excuse to Undermine Economic Justice

Farmworkers deserve the same rights as every other worker, including overtime pay after 40 hours.

The pandemic led to a new appreciation for workers who make our lives possible. These essential workers include the people who produce the food we eat. But now the pandemic – which should make us more grateful for the labor farmworkers do – is being wielded as an excuse to deny these workers the same rights that virtually every other hourly wage earner enjoys.

For decades, farmworkers in New York were denied basic labor rights like unemployment insurance, the right to form a union, and overtime pay. Excluding farmworkers – who were mostly Black people at the time - from the rights that all other workers were given was an intentional and racist compromise made by FDR in order to get southern democrats to support his New Deal legislation. Eighty-five years later, this Jim Crow policy is so baked into farmers’ business plans that they claim they can’t survive without it.

In 2019, New York lawmakers took a historic step toward eradicating this racial and economic injustice by passing the Farm Laborers Fair Labor Practices Act. However, the law contains one painful carve-out – the standard overtime pay trigger of more than 40 hours a week. Instead, the legislature set the overtime cliff at 60 hours a week and called for the Department of Labor to convene a wage board eighteen months later to decide if that threshold should be lowered.

Last year, the wage board held six hearings, but at the end of the day, the members recommended a pause in the process due to the pandemic. The Labor Commissioner adopted those recommendations and ruled that COVID made it too difficult to tell what impact lowering the threshold would have on farm owners. The Commissioner left the 60 hour limit in place and pledged to revisit the issue this year.

Nevertheless, the fearmongering on behalf of big factory farms is in full force.

So, for another year, farmworkers did their back-breaking, dangerous, and low-paying jobs without the right to routine overtime pay.

Farm work is twice as deadly as law enforcement and five times deadlier than firefighting. Doctors who have treated farmworkers say virtually all of them will experience pain and injury because of the nature of farm work. To add insult and further harm to injury, low pay ensures they struggle to stay above the poverty line.

Nevertheless, the fearmongering on behalf of big factory farms is in full force. The new line – from well-funded lobbying groups like the New York Farm Bureau – is that the pandemic has made things tough for small farmers and paying workers anything close to what they deserve will destroy New York’s agricultural industry.

Nothing could be further from the truth. As farmworkers do all they can to get by, New York’s agricultural industry is booming. Even with the pandemic and the 60-hour overtime threshold, farms continue to bring in billions of dollars annually. Last year was no exception. In 2019, before the 60-hour overtime threshold took effect, the gross cash income of New York’ farms was $6,287,480,000. In 2020, gross cash income increased to $6,553,493,000.

While the Farm Bureau wants us to focus on the tiny number of small farms that have outside employees, close to three-quarters of New York farms don’t even employ outside workers. Of the remaining 25 percent, many are large, corporate farms that generate huge revenues. These factory farms have also gobbled up a disproportionate amount of farmland in New York.

And, to the extent that some small farms with employees are struggling, their plight can largely be blamed on factory farms that have consolidated the industry and made it difficult for smaller players to compete.

If the survival of small farms is a problem that needs to be addressed, the answer cannot be the continued exploitation of workers.  Perhaps these economically precarious farms should advocate for a larger or additional share of the tens of millions of dollars our state spends every year to subsidize farmers; money that is allocated for items like research and development, environmental compliance, promotion of New York’s agriculture industry, and tax credits.

Whatever is done to help these farms must not come at the expense of the essential workers who are already underpaid, underappreciated, and critically important for our society.

Other states have lowered the overtime threshold for farmworkers. California will require overtime pay after 40 hours beginning in 2022 and Washington in 2024.

If New York wants to claim its place as a leader on economic justice, racial justice, and basic fairness, it will ensure that the overtime threshold for farmworkers is lowered to 40 hours.

Anything less perpetuates the unconscionable race-based exclusions put in place generations ago, and is an insult to the New Yorkers who have worked day in and day out, often at great personal risk, to keep food on our plates during these extremely trying times. 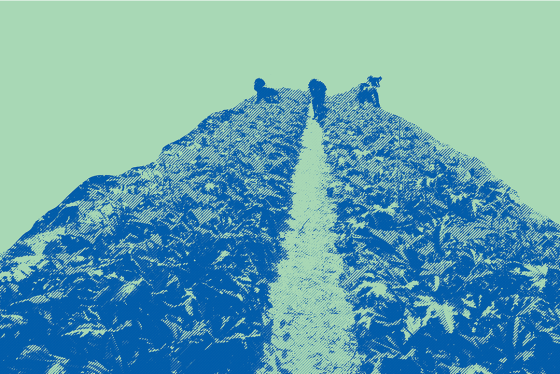 Letter to Lawmakers on the Right to Counsel for New Yorkers Facing...

One Way to Fight Against Unfair Landlords

Letter to Gov. Hochul on I-81 Redevelopment